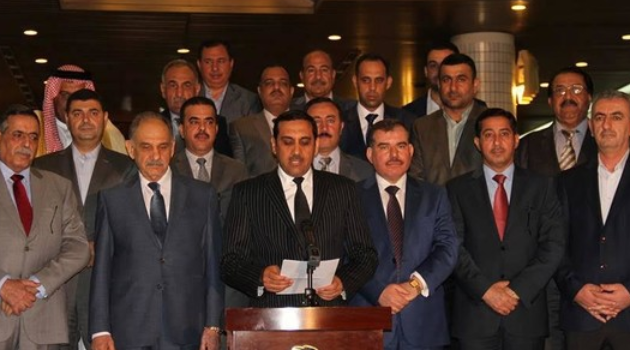 By Editor on 14th January 2017 in Politics, Security

Over the past few months the council in the central Iraqi province of Anbar have managed to create a number of new districts and sub-districts.

The last meeting making such decisions was held in December and most of the members of the provincial council voted in favour of establishing four new districts inside the province.

“Tribal and political influence were among the most important reasons behind the creation of these new districts,” says Daham al-Zubai, a tribal leader in Fallujah. “These were just ordinary villages before, with a population of no more than 3,000 people.”

“Most of the new districts are actually the bases for influential individuals who are trying to control nearby villages and to benefit from them, in terms of political gains,” he added.

It is perfectly legal for a provincial council to rezone areas within the province they run. But as yet, opinions on the new districts in Anbar remain divided. Some believe it to be a positive step in that the re-zoning has the potential to provide more government jobs and could improve the delivery of state services, like electricity and sanitation, to the new districts.

But others think the timing is wrong, given the ongoing security crisis in Iraq, as well as budgetary problems, which mean that even if jobs were created, it would be difficult to pay for them.

“We’ve done a number of studies on what can happen when larger areas are divided into smaller ones – Anbar was one of our case studies,” says Hassan Kashash, a lecturer in geography and administration at the University of Anbar. “The results were positive and suggested that smaller districts will provide better opportunities for management and for the optimized use of human and natural resources.”

In the 1970s, similar plans were enacted with new cities built and the corresponding expansion in residential compounds and employment was seen as positive. “But there is no point in planning new administrative bodies if there is no development plan enacted at the same time,” Kashash concluded.