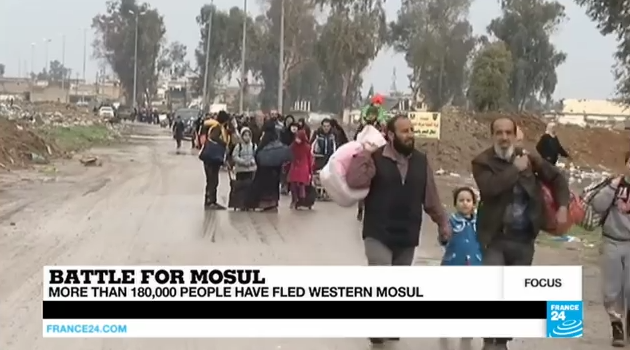 From France 24. Any opinions expressed are those of the authors, and do not necessarily reflect the views of Iraq Business News.

It's been one month since the Iraqi government launched its operation to retake western Mosul from the Islamic State group.

The government says more than 180,000 people have fled the fighting in the western half of the city.

For those who remain, food and supplies are scarce - and they face the constant threat of being used by the jihadists as human shields.