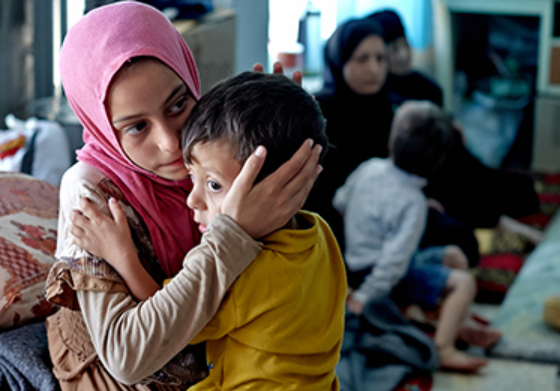 By Editor on 16th April 2017 in Healthcare, Security

As the current humanitarian crisis in Iraq enters its fourth year, women and girls are facing extraordinary vulnerabilities related to their inability to access to minimum reproductive health services, and extraordinary Gender Based Violence (GBV) risks.

With the generous support from the government of Japan for USD 4.7 million, UNFPA will be able to provide 130,000 women and girls to access to reproductive health services and gender based violence response interventions.

With the continued fighting in Mosul and other governorates in Iraq, including Salahuddin, Anbar and Kirkuk, pregnant women fleeing the conflicts are facing serious risks of miscarriage and other life threatening pregnancy and delivery complications.

Additionally, most women living in newly retaken neighbourhoods have had no access or very limited access to reproductive health services while under ISIL. As a first-responder, UNFPA utilizes both static and mobile modalities to deliver Reproductive Health services. This will enable rapid deployment of services in retaken areas, including neighbourhoods inside West Mosul.

With this generous donation from the Japanese government, UNFPA will be able to upscale its Reproductive Health interventions including the establishment and running of delivery rooms, reproductive health clinics inside the IDP camps and retaken neighbourhoods.

H.E. Mr. Fumio Iwai, Ambassador of Japan to the Republic of Iraq, who took a lead to help Iraq establish the Falluja maternity hospital at that time as Deputy Japanese Ambassador, said “Japan is keen on reaching out to conflict affected families including women and girls through this assistance, as we are determined to protect the dignity of vulnerable people suffering from the harsh circumstances”, praising the important role of UNFPA in this field.

Through this fruitful and continuous partnership between UNFPA and the government of Japan, UNFPA will also be able to expand its reach in providing psychosocial support and case management services to GBV survivors through the establishment of new women centres in retaken neighbourhoods and inside camps.

UNFPA will also integrate both reproductive health and GBV response services, to ensure that survivors of GBV receive immediate medical and psychological support.