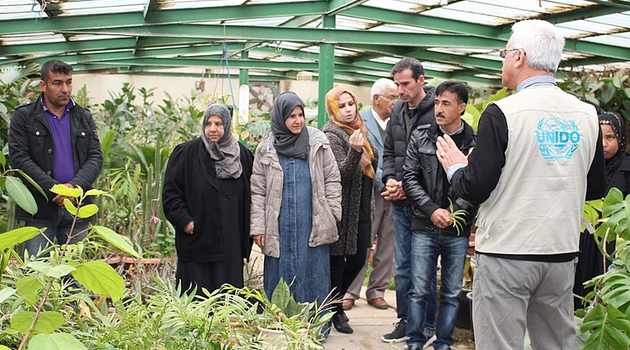 By Editor on 28th May 2017 in Construction & Engineering In Iraq

The United Nations Industrial Development Organization (UNIDO) and the Government of Japan have agreed to launch two projects in Iraq to lift the burden on the local communities affected by the influx of people who have had to flee their homes because of continuing violence and insecurity.

The projects respond to the United Nations Secretary-General’s appeal for more help to the people who have “suffered enormously and go on suffering”.

The projects will assist the Government of Iraq in addressing the humanitarian and development challenges in the context of the military operations against the Islamic State of Iraq and the Levant (ISIL) in Mosul City. They will bring relief to the internally displaced people from Mosul City and their host communities in the Kurdistan region of Iraq.

According to the Iraqi authorities, around 669,000 people remain displaced from Mosul, some 460,000 of whom are from western Mosul. The United Nations Human Settlement Programme (UN-Habitat) confirms that the damage suffered by public and private infrastructure in western Mosul is two and a half times greater than in the eastern districts.

The first project has two components. One aims to promote resilience and economic stability by supporting micro-, small- and medium-sized enterprises in newly liberated areas and the corridor of the Ninewa (and/or in the Erbil, Kirkuk and Saladin Governorates), and strengthening the capacity of government institutions to facilitate vocational training programmes for IDPs, refugees and returnees.

The project is in line with the priorities and targets of the cluster for emergency livelihoods and social cohesion, and complies with the Humanitarian Response Plan for Iraq.

The second project will develop agro-based  industries in the Erbil Governorate, Kurdistan Region. It will promote and strengthen food and agro-processing enterprises starting at the farm- and household-level by engaging Syrian refugees, IDPs, host communities and the private sector.

The Ministry of Planning, the Ministry of Agriculture and Water Resources, as well as the Ministry of Industry of the Kurdistan region, are the government partners in this endeavour. The project will operate in Baharka, Shaqlawa and the Syrian refugee IDPs camps in the Erbil Governorate.