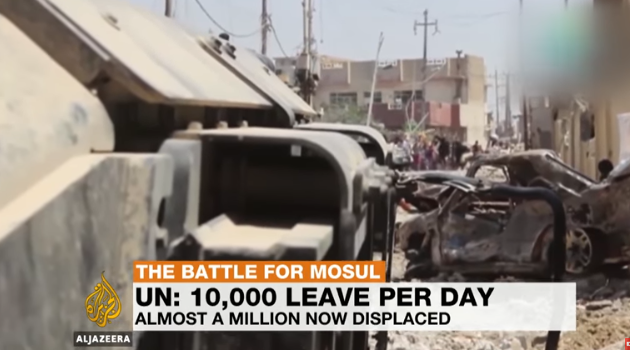 Iraqi government forces and their allies say they have surrounded ISIL fighters in Mosul.

More than 750,000 people have been displaced from the city since October.

12 camps for the displaced have been set up in the surrounding area.

Al Jazeera's Osama Bin Javaid met with a group of people who managed to escape from western Mosul.