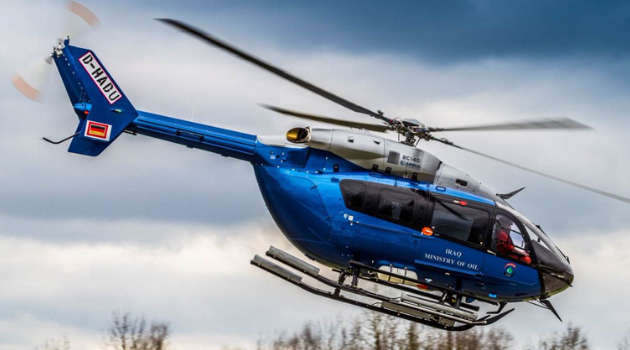 France's Airbus has delivered the final two of four helicopters from the H145 family ordered by the Iraq Ministry of Oil.

The contract with the South Oil Company (SOC), a government owned company of the Iraqi Ministry of Oil, was signed in June 2014.

The Iraqi Ministry of Oil has selected Airbus as its helicopter provider for its aviation department.

The aircraft will be mainly operated from Baghdad and in the province of Basrah, supporting a variety of missions including surveillance, EMS and Passenger Transport.