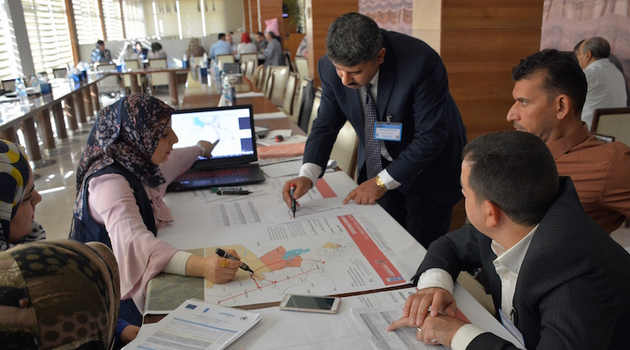 By Editor on 3rd September 2017 in Construction & Engineering In Iraq, Leisure and Tourism in Iraq

UN-Habitat and UNDP are helping Iraq to address strategic urban development of the Pilgrimage governorates of Najaf and Karbala.

Nearly thirty Iraqi officials convened in the holy city of Karbala, on 22-23 August 2017, to partake in an intensive two-day workshop titled “Governorate Urban Strategies for the Pilgrimage Cluster: Meeting the SDGs in Iraq".

The officials represented the Ministry of Planning, Ministry of Municipalities, Construction and Housing, and Public Works, both the national and local levels, as well as Karbala Governorate.

Director General for Local and Regional Planning at the Ministry of Planning, Mr. Mohammed Al-Sayed, said:

“We appreciate the chance to enhance coordination between Governorate officials and improve the capacity of the staff at the central and local levels, in line with the decentralization efforts of the government.”

The workshop focused on the on-going spatial analysis of urban issues and development indicators concerning the governorates of Najaf and Karbala, being developed by UN-Habitat in close coordination with the Ministry of Planning.