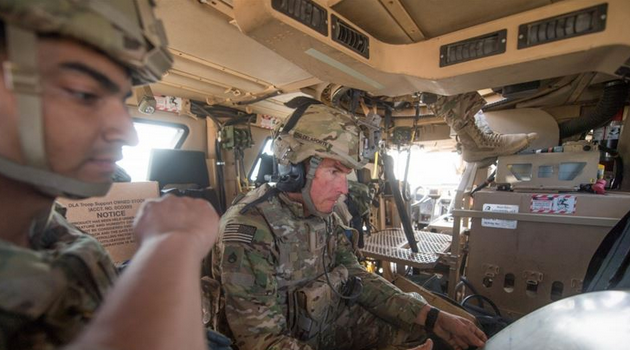 By Editor on 16th September 2017 in Security

Progress is steady in the fight to defeat the Islamic State of Iraq and Syria, as Iraqi security forces push ahead to eradicate the enemy from Iraq, Army Col. Ryan S. Dillon, spokesman for Combined Joint Task Force Operation Inherent Resolve, told Pentagon reporters today during a news briefing live from Baghdad.

Clearance operations in around Tal Afar continue, the colonel said, and the ISF have defeated pockets of remaining ISIS fighters mostly north of Tal Afar.

“The handover to hold forces in cities and towns of northern Nineveh [governorate] continues as the ISF prepare for their next offensive to defeat ISIS,” Dillon said.

He added that remaining ISIS holdouts in Iraq include Hawija and a cluster of towns in western Anbar.

“The coalition will continue our support to the ISF with training, equipment; intelligence, precision fires; and combat advice,” he said.

The ISF have worked tirelessly on a humanitarian level, too, by prioritizing the evacuation of those civilians who are trapped by ISIS. “They have planned, and positioned personnel and assets to screen, receive and transport [internally displaced people] to camps,” Dillon said.

In Mosul, stabilization continues as federal and local police and tribal forces conduct security operations in the eastern and western parts of the city, Dillon said. Residents also are working with local and national government institutions to clean up and return essential services to the city.

Syrian Democratic Force partners continue the fight to eliminate ISIS terrorists throughout northeastern Syria, the spokesman said, noting that fighting in Raqqa is in the center of the city where the SDF cleared 35 blocks this week. “The SDF now control 63 percent of the city,” he said.

“The SDF have encircled the stranded, desperate ISIS fighters near the national hospital -- one of the many protected sites ISIS regularly uses to base their operations -- and the main stadium,” Dillon said.