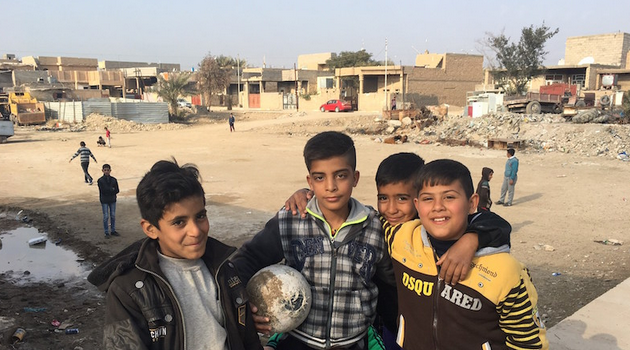 A new project will promote the social and economic inclusion of about 3,000 conflict-affected Iraqi youth by facilitating their engagement in youth-led community development activities, peacebuilding initiatives and micro-entrepreneurship projects. The Project is financed by a US$2.75 million Grant provided by the Japan social Development Fund (JSDF).

With one third of the Iraqi population between the ages of 15 and 24, Iraqi youth represent both an opportunity and a challenge for economic development. Youth can bring dynamism and innovation to the any economy, yet if not properly trained and integrated, they may also represent a drain on limited national resources.

“Investing in the youth is key to build a stable and more prosperous future for Iraq. This project will help promote the social and economic inclusion of youth in conflict-affected areas. It will provide them with the skills needed to find better job opportunities and contribute to the reconstruction of Iraq” said Abdul-Hussein Abtaan, Iraqi Minister of Youth and Sports during the signing ceremony.

The project is expected to be a powerful engine to promote a culture of tolerance and strengthen social cohesion. Educating youth on the values of peace has become a pressing need, namely considering the waves of violence and displacement witnessed by several areas of the country due to the conflict.

"The World Bank is very pleased to partner with Iraq in supporting youth and their active participation in the economy. This is at the heart of sustainable and inclusive development and in line with the World Bank support plan to Iraq for the coming period" said Ms. Salem, World Bank Iraq Country Manager.

The Project, which builds on the success of a similar initiative implemented in Southern Iraq (Basra, Missan, and Thiqar), aims to support at least 3,000 vulnerable youth in Baghdad, including 50 percent young women and 30 percent IDPs.

The project will be implemented by the Ministry of Youth and Sports, with the help of local non-governmental organizations and service providers to conduct activities under the soft skills training, youth-led community development subprojects and business development trainings.