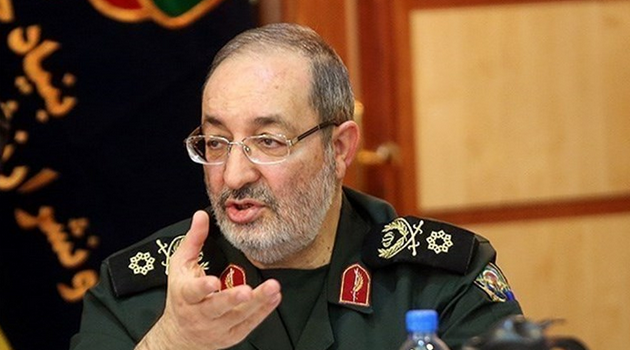 By Editor on 2nd October 2017 in Politics, Security

In the session, the territorial integrity of Iraq and the illegality of the independence referendum in northern Iraq were highlighted, he said.

The commander added that necessary decisions were taken to establish security along the common borders and to receive forces of Iraq’s central government deployed to border terminals.

It was also agreed that the Iranian armed forces and some units of the Iraqi army hold war games along the common border in coming days, he went on to say.

The Iraqi Kurdistan Region went ahead with its plan to hold the referendum on Monday while Iraq’s neighbors and countries in the Middle East, including Iran and Turkey, had voiced opposition to such a move and supported the Baghdad central government.

On Monday night, thousands of Kurdish people in favor of KRG’s secession from Iraq took to the streets in Erbil, with some waving Israeli flags to celebrate.

No one in the region, except Israel’s Prime Minister Benjamin Netanyahu, endorsed the referendum, and all neighbors have warned that the secession plan would bring instability to the region and disintegrate Iraq.

Pressure has been building on officials in Erbil, Kurdistan’s regional capital, over the referendum, with regional carriers, including Turkish Airlines, Egypt Air and Lebanon’s Middle East Airlines submitting to Baghdad’s request to suspend their flights serving Iraqi Kurdistan.