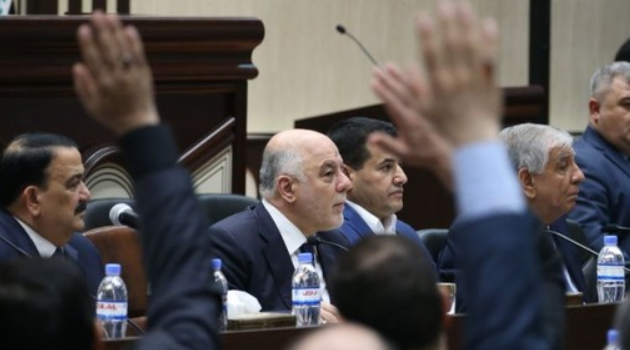 In Baghdad, the Kurdish referendum has dominated all other official proceedings. Lack of progress on electoral laws means federal elections could be postponed - again.

The controversial Iraqi Kurdish referendum on independence has also had a divisive impact on politics in Baghdad. For one thing it has ended the historic alliance between the Kurdish politicians and their Shiite Muslim counterparts in Baghdad. But perhaps more importantly, it is preventing the passage of important legislation and the efficient running of the Iraqi parliament.

In Iraq, a new set of legislation is drafted for each election. The Iraqi parliament started planning for this two months ago but have not managed to achieve much.

Between September 16 and November 9, the parliamentary agenda had tabled an ongoing discussion of a new series of laws related to provincial and federal elections, slated to be held in April 2018. MPs were also supposed to be nominating new members for the Independent High Electoral Commission, or IHEC, the body tasked with overseeing elections in Iraq.

“Three weeks before the referendum, there had been progressive talks and we had reached a preliminary agreement,” Hassan Turan, the MP for the Turkmen Front from Kirkuk, told NIQASH. “But the referendum crisis has delayed further talks and everyone got obsessed with that issue.”

In fact, the last five meetings of MPs have focused almost solely on what to do about the referendum and ignored the electoral laws that will be needed early next year.

In one particularly lively session on September 25, the same day the referendum on Kurdish independence was held, dozens of politicians made passionate speeches about the subject. At the end of the session, the MPs voted to ask the Iraqi prime minister, Haider al-Abadi, to deploy federal troops in the northern city of Kirkuk and other “disputed territories” - these are areas the Iraqi Kurdish and Iraqi Arabs have been fighting over for years.