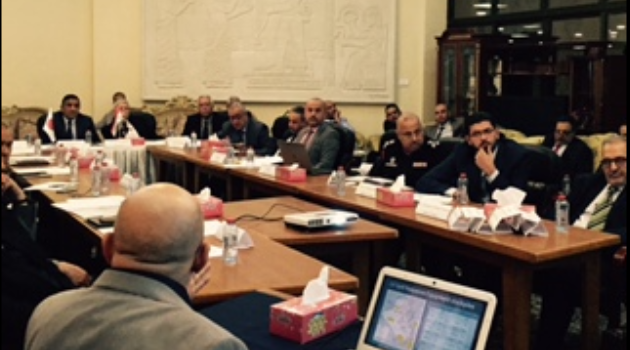 On 22 and 23 October 2017, Ministry of Oil, Ministry of Health and Environment and Ministry of Transport had discussions with the team of Japan International Cooperation Agency (JICA) in Basra to finalize Iraqi National Oil Spill Contingency Plan (NOSCP) in order to tackle large oil spill accidents both in inland and marine areas.

This comprehensive contingency plan has been formulated, with technical cooperation of JICA, for protecting or minimizing the environmental and social impacts resulted by the oil spill incidents and for satisfying requirements of related international conventions, the regional agreements in the Gulf region, as well as domestic laws and regulations.

The plan systematically integrates individual plans for oil spill response, which were prepared by production sites and regions, in line with a newly-formed national-level policy and strategy. The risk assessments, responsibilities of relevant organizations, commanding and coordinating mechanisms, necessary resources and standard procedures of rapid and effective responses are also incorporated.

Spill of oil and spread of hazardous wastes can harm people’s health and safety, and pollute environment of sea, rivers, land and wetlands. They could also cause not only direct damage to oil businesses like crude oil production and export or oil refinery operations but serious impact on agriculture and port operations.  Iraq, one of the largest oil producing countries in the globe, has many oil fields, related facilities and extensive pipeline networks in inland as well as in coastal areas.

Its gradual increase of oil production and related activities has raised environmental and economic risks of oil spill accidents of the country, which has environmentally-sensitive inland water system, wetlands and marine eco-systems. While coping with potential risks of oil spills caused by facilities’ defects, operational failure and accidents, Iraqi Government has developed this first integrated plan of national countermeasures against possible oil spill incidents.

The cooperation to the formulation of the NOSCP is a part of the two-year project of JICA’s technical cooperation. The project also provided trainings and drills in Japan, Iran and Jordan for officials of Iraqi relevant ministries in order to strengthen their capacities in planning and actual responses on site. The Marine Environment Mutual Aid Centre (MEMAC), a Bahrain-based international organization with eight member countries in the region, contributed to the training programs as well.