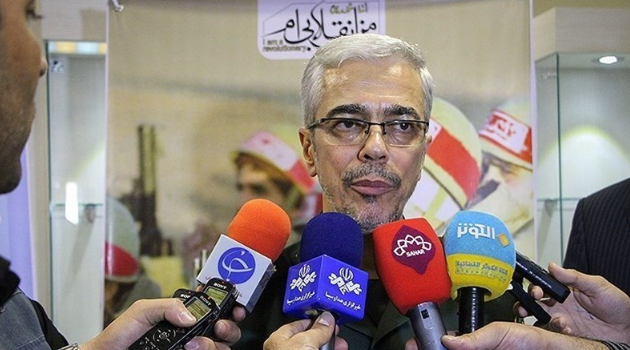 By Editor on 31st October 2017 in Iraq Transportation News, Security

Chief of Staff of the Iranian Armed Forces said on Monday that the country’s border with Iraqi Kurdistan region will reopen in coming days.

Speaking to reporters on the sidelines of a local ceremony, Major General Mohammad Hossein Baqeri pointed to the ruling Kurdistan Democratic Party led by Masoud Barzani’s attempts in the Iraqi Kurdistan region for secession and said if the plan for secession had been materialized, “Iraq could entangle in a bloody and long war.”

It “could also affect the neighboring countries,” stated, adding that such a development would create a new conflict in the region.

Elsewhere in his remarks, Major General Baqeri said the restrictions imposed by Iraq on the borders with the Iraqi Kurdistan Region will be removed in the coming days.

In a statement on Saturday, Iran’s consulate in Erbil said the Haj Omran (Tamarchin) and Parviz Khan border crossings in western Iran are still shut and the officials have not made any new decision about those two places.

Iranian and Iraqi merchants and passengers can cross the border via Bashmakh (Bashmaq) border crossing as a replacement, it added.

Iran shut its common frontier with the semi-autonomous Iraqi Kurdistan Region at the request of Baghdad after the Kurdistan Regional Government (KRG) held a referendum to secede from the Arab country in September.

Iraq is planning to take control of the borders of its autonomous Kurdistan region in coordination with Iran and Turkey.

People in the Kurdish region of northern Iraq voted for independence on September 25 in a controversial referendum, amid rising tensions and international opposition.

The referendum set off a chain of events, culminating in a military confrontation between Erbil and Baghdad.

Iraqi government forces launched a major operation in Kirkuk on October 16 and took control of its oil fields and a strategic military base without any armed clashes.

KRG announced last week it was prepared to freeze the results of the referendum.