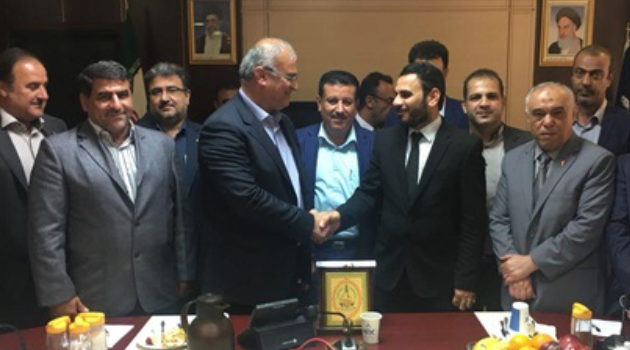 Cooperation and facilitation of NIDC's presence in Iraqi projects were discussed during the Monday meeting of the two companies.

A high-profile delegation from Iraq comprising executives of the Iraq National Oil Company and provincial officials from Iraq's Zigar province paid a visit to NIDC in the southwestern city of Ahvaz, Khuzestan.

Securing a toehold in the Iraqi drilling market has always been on NIDC's agenda, he added.