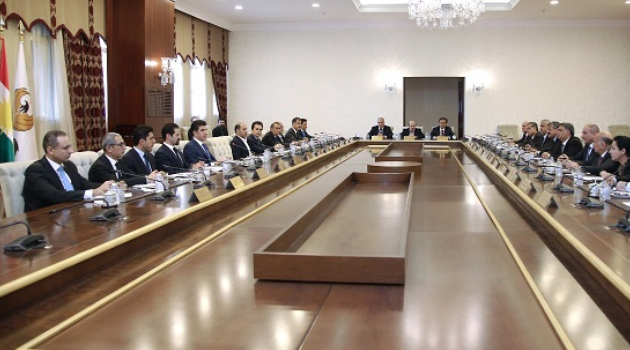 By Editor on 14th November 2017 in Politics, Security

The Kurdistan Regional Government (KRG) said on Tuesday that it would accept a Supreme Court decision prohibiting the region from seceding from Iraq.

It said in a statement:

"At the request of the Secretary General of the Iraqi Council of Ministers on November 5th, 2017, the Federal Supreme Court issued Decision No. 122 on November 6th, 2017, regarding the interpretation of the Article 1 of the Iraqi Constitution which states: 'The Republic of Iraq is a federal, independent and fully sovereign state in which the system of government is parliamentary and democratic republic, and this Constitution is a guarantor of the unity of Iraq.'

"As we, in the Kurdistan Region, have always emphasized on finding solutions to disputes between the federal Authorities and the Kurdistan Region through constitutional and legal means, and based on our known position which welcomes all relevant initiatives, especially the initiatives by the Grand Ayatollah Ali Al- Sistani, Iraqi dignitaries and friendly countries to the Iraqi people regarding addressing disputes on the basis of the Constitution, we respect the interpretation of the Federal Supreme Court of the First Article of the Iraqi Constitution.

"We believe that this Decision must become a basis for starting an inclusive national dialogue between Erbil and Baghdad to resolve all disputes through implementation of all constitutional articles and in a way that guarantees all rights, authorities and status mentioned in the Constitution, since this is the only way to secure the unity of Iraq, as Article 1 stated."