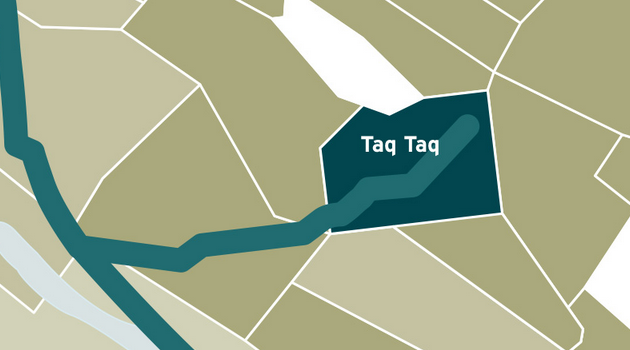 Genel Energy has announced an update on activity at the Taq Taq field (Genel 44% working interest).

The TT-29w well, which was drilled to appraise the northern flank of the Taq Taq field, has been completed as a producer after successfully encountering oil bearing Cretaceous reservoirs.

The well, which was drilled to a measured depth of 3,100 metres, encountered good quality oil bearing Cretaceous Shiranish and Kometan reservoirs. Six zones were subsequently tested over a 20 day period, with test rates of up to 6,400 bpd (40/64 inch choke) of 48° API oil delivered from individual zones.

Four of the five tests in the Shiranish produced dry oil, with one test tight. The Kometan reservoir test produced oil with a 40-50% water cut, confirming the oil water contact within the Kometan reservoir at this location in the field. TT-29w production has commenced from the Lower Shiranish reservoir at a rate of 3,200 bpd of dry oil on a restricted 24/64 inch choke, with the expectation that this rate will increase following an initial observation period.

However, it is too early to estimate what impact the well result will have on reserves, long-term production rates or future investment activity in the northern flank and the field as a whole.

In addition to the positive result from TT-29w, the TT-30 Pilaspi well was also successfully drilled as a producer in November and is currently producing around c.650 bopd. A further Pilaspi development well (TT-31) is planned before the end of 2017.