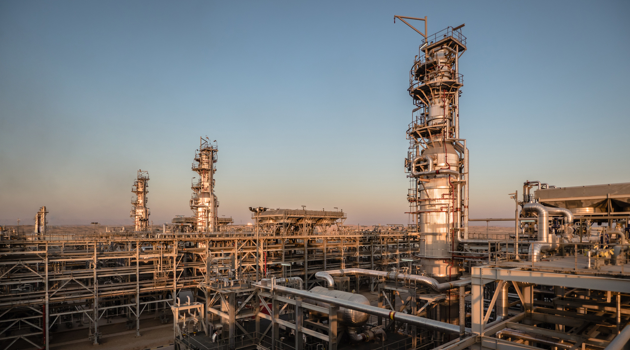 Alexander Novak, Minister of Energy of the Russian Federation, was present at the opening ceremony for the new facility, together with the Minister of Oil of the Republic of Iraq, Jabbar al-Luaibi, and Gazprom Neft CEO Alexander Dyukov.

Dry feed gas, processed at the Badra field, is transported via a 100-kilometre pipeline to the Az-Zubaidiya power station, supplying electric power not just to provinces throughout Iraq, but also to the capital city of Bagdad.

In addition to this, gas will be used to meet the Badra project’s own needs as fuel for the gas-turbine power plant. Five gas turbines are able to produce a total 123.5 MW of electric power, supplying oil and gas processing facilities, drilling rigs and oil-producing wells. A 10-MW overhead power line will soon begin feeding into the Gazprom Neft Badra accommodation complex, as well as into the town of Badra and neighbouring population centres.

Natural gas liquids (NGLs) produced at the Badra project’s gas processing plant will be used to produce LPG to be supplied to the Iraqi state-owned Gas Filling Company. The plant also includes facilities for sulphur production and granulation.

Alexander Dyukov, Gazprom Neft CEO, made the following comment at the official opening ceremony of the gas plant:

“Gazprom Neft is continuing its development of the Badra field, in strict adherence to the field development plan. Today sees the full-cycle gas plant — built by our company using the most cutting-edge technologies available on the world market — going into commercial production.

"This is a unique enterprise for the region, at which Gazprom Neft has, since starting work, been able to monetize all of the hydrocarbons produced here, ensuring associated-petroleum-gas (APG) utilisation of at least 95 percent.”