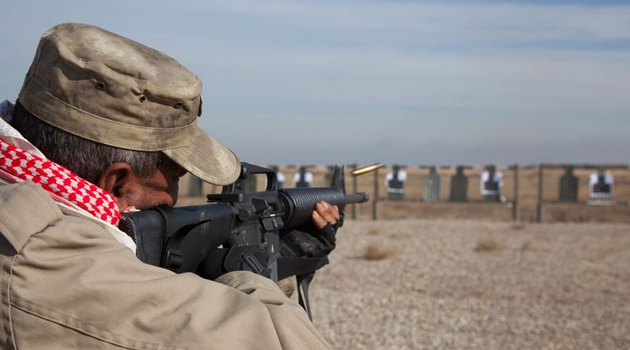 By Editor on 3rd January 2018 in Security

The coalition works by, with and through its Iraqi partners to ensure the lasting defeat of the Islamic State of Iraq and Syria and prevent its ability to transit borders, officials said.

The coalition-enabled training is the first part of an ongoing program to train and equip Iraqi border guards, who will secure Iraq's borders using new, rapidly deployable, self-contained border guard equipment sets, according to officials.

"Coalition trainers at Besmayah Training Complex are instructing border guard units in the employment of this new system, which is scheduled for distribution along Iraq's western border during the coming year," said Army Col. Brian Ellis, CJTF-OIR director of partner force development. "The training focuses not only on operation of the equipment but also on the tenets of community policing, ethical conduct, human rights, first aid, self-defense and explosive hazard awareness."

The self-contained border guard equipment program represents a multinational effort, with the U.S. allocating more than $300 million to Iraq's border security efforts, and with members of Spanish Guardia Civil, or Civil Guard, leading the training, according to officials.

Many other coalition forces will be involved in the delivery of the training and rollout of the program throughout the year, officials said. The Iraqi Border Guard Force will control cross-border movement and prevent the passage of terrorists across borders.

Following the liberation of ISIS-occupied areas in Iraq, the coalition is working with Iraqi security forces “to ensure remnants of the terrorist group cannot resurface or enjoy freedom of movement," Ellis said.