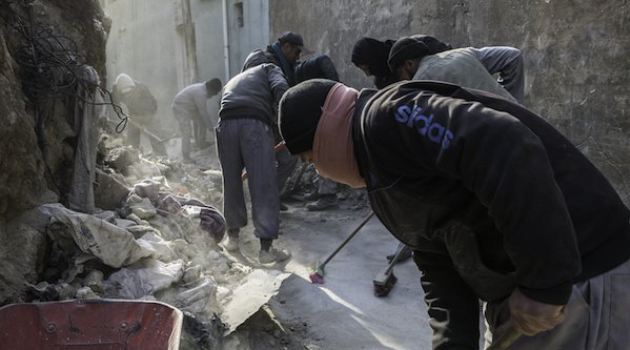 By Editor on 30th January 2018 in Construction & Engineering In Iraq

The United States Agency for International Development (USAID) has contributed an additional US$ 80.85 million to The United Nations Development Programme (UNDP).

UNDP’s FFS finances fast-track initiatives to stabilize areas liberated from the Islamic State of Iraq and the Levant (ISIL) to safeguard against the resurgence of violence and extremism, facilitate returns and lay the groundwork for reconstruction and recovery.

Through the FFER, UNDP helps the Government of Iraq to address key economic challenges and accelerate efforts to diversify the economy, increase national income and improve the management of national assets.

“The progress that is being made is tangible—you can see it everywhere in newly liberated areas. Electricity grids are starting to work, water systems are being repaired, schools are opening, health centres are functioning and people are getting back to work.

"More than half of the nearly six million people who fled their homes during the conflict have returned to their communities and started rebuilding their lives. There’s no question that a huge amount still needs to be done, most importantly in Mosul and the Nineveh Plains, and this is why this very generous contribution is so important for Iraq.”

The United States’ Ambassador to Iraq, Douglas Silliman stressed that the USA’s commitment to the Iraqi people did not end with the eradication of ISIS. “Communities in the liberated areas now face the daunting challenge of rebuilding their lives and restoring their cultural heritage. These funds will help restore basic services like water and electricity so that Iraqi families of all ethnic and religious backgrounds can return to their homes - safely, voluntarily, and with dignity," said Ambassador Silliman.

Established in June 2015, FFS is working in newly liberated areas in Anbar, Salah al-Din, Nineveh and Diyala Governorates in order to safeguard against the emergence of violent extremism, facilitate returns and lay the groundwork for reconstruction and recovery.

Two-thirds of the more than 1,600 projects currently underway are in Nineveh Governorate including 500 in Mosul and 280 throughout the Nineveh Plains.  Established in September 2016, FFER is mobilizing expertise to support the implementation of top priority reform initiatives under the leadership of the Office of the Prime Minister.