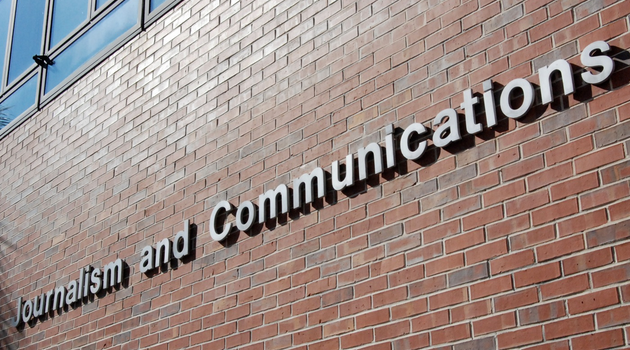 By Editor on 31st January 2018 in Iraqi Communications News, Security

During Prime Minister Haider al-Abadi’s visit to the southern city of Najaf on Jan. 7, his bodyguards attacked a group of journalists, causing them physical harm. Abadi's office launched an investigation into the incident, which was welcomed by the Iraqi Journalists Syndicate.

“The syndicate is following up on the investigations and their results and is legally prosecuting the aggressors, as this is one of its core duties. These attacks intimidate journalists and prevent them from doing their job, which is to inform the public,” Muayed al-Lami, the head of the syndicate, told Al-Monitor.

This was not an isolated incident, as violent behavior by the bodyguards of politicians against journalists is a common occurrence. One such attack took place in July 2017, when a team of journalists from Al-Mousiliya TV station was attacked by the security guards of the governor of Mosul. The bodyguards also confiscated the journalists' equipment. This incident was condemned by the Iraqi Journalistic Freedoms Observatory.

On Aug. 5, 2017, the Journalistic Freedoms Observatory reported that journalists in central Baghdad had been beaten by members of the internal security forces. In March, Abadi’s security team severely beat a journalist at the gate of the Green Zone, near the government headquarters, with dozens of passersby present.

The Iraqi Center for Supporting Freedom of Speech documented Jan. 1 the first attack in 2018 on a journalist in Dhi Qar governorate, who was assaulted by internal security officers while covering the New Year’s celebrations.

In 2017, the number of journalists subjected to assault had reached 200 by Dec. 26; some were threatened, others beaten, arrested without a warrant, murdered or they had their equipment confiscated and had been tried for their publications.

These flagrant numbers prompted Hammam Hammoudi, the first deputy speaker of the Iraqi parliament, to call in May 2017 for the implementation of the law to protect journalists, which would guarantee freedom of expression, urging the government to “preserve their safety.”

This law provides for the protection of journalists against any assault and for punishing anyone “who would assault journalists on duty.” However, according to legal expert Tariq Harb, this law is contradicted in the provisions of the Iraqi penal code of 1969. The law provides for a life sentence and confiscation of funds for those who are charged with insulting the president or any other political figure. “Anyone can interpret an article or some news as an insult,” Harb told Al-Monitor.

He said, “As per the law on the protection of the rights of journalists, the latter are considered to be affiliated with a public office, even if they work outside government institutions. Thus, any assault of this kind is considered against employees who are on duty. The attack by bodyguards on journalists is also considered a crime of general right, which can only be waived after implementing punitive measures against the aggressor. These laws remain words without actions in most cases."

The head of the media office of Vice President Nouri al-Maliki, author and journalist Hisham al-Rikabi, told Al-Monitor, “Attacks by bodyguards and security members are not new in Iraq. Several journalists, reporters and their team members have been killed and many sustained various injuries since the entry of the US forces into Iraq in 2003.”

He added, “The violence continues. The lives of journalists in Iraq will remain at risk until security and legal measures are enforced.”

In regard to the first steps to be taken to protect the lives of journalists, Rikabi said, “Impartial, independent and transparent investigations into the attacks against journalists must be conducted with the participation of the judiciary and civil society. The outcomes must be published for the public to see in tandem with taking appropriate measures to prevent their recurrence.”

Writer and journalist Ali Daneef, who heads the investigations section at the quasi-governmental newspaper Al-Sabah, has a more objective point of view. He told Al-Monitor, “Attacks are repeated, and both parties have yet to learn their lesson. Officials have yet to instruct their security teams to respect the media. Also, media figures and outlets are still adopting provocative positions.”

Daneef added, “Some media figures have exploited these attacks to gain fame, which is a premeditated act. Protection and security teams of official figures often take the blame. But sometimes media figures cross the line and violate some constants or work ethics.”

Ali al-Bayati, a spokesman for the Office of the High Commissioner for Human Rights, blames security and protections teams. He told Al-Monitor, “They do not respect human rights and exhibit a violent behavior toward journalists. The law ratified by parliament has yet to be enforced to deter such attacks and hold perpetrators accountable.”

He continued, “The prevailing practice in cases of assault on journalists is that routine procedures are followed with no results. The journalist who is the victim is often blamed, while the aggressor goes unpunished. Moral and ethical codes of conduct must be drafted to regulate the relations between the media and the security teams that respect the rights of each party. Impartial laws ensuring justice should be implemented to deter such attacks.”