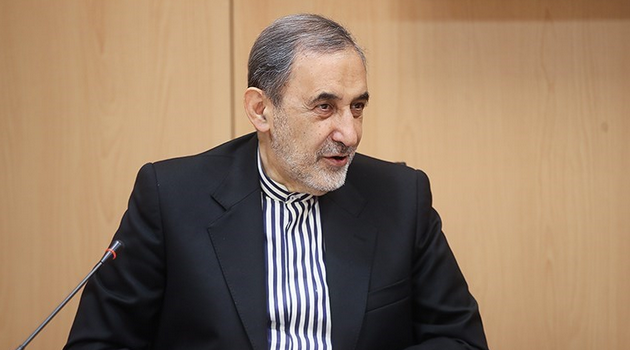 By Editor on 3rd March 2018 in Politics, Security

“We will not allow liberals and communists to govern in Iraq,” Velayati said during a speech Feb. 17 at the Founding Conference of the Iraqi Assembly of Islamic Unity in Baghdad.

His followers have repeatedly shouted slogans against Iran and its regional symbols such as the Iranian Revolutionary Guard Corps' Quds Force commander, Maj. Gen. Qasem Soleimani.

Raed Fahmi, the secretary of the Central Committee of the Iraqi Communist Party, running in the elections with the Sairoun coalition allied with the Sadrist movement, saw Velayati’s statement as an intervention in Iraqi affairs and against the Iraqi Constitution.

Velayati’s statement stirred the ire of other civil entities, too. Faeq al-Sheikh Ali, a member of parliament with the civil movement, said in a Facebook post Feb. 17 that it expresses contempt for and disregard of the Iraqis. “The civil movement, liberals, communists, nationalists, democrats and all the honorable people of Iraq will not allow Ali Akbar Velayati and other Iranians to interfere in Iraqi affairs,” he wrote.

In turn, the Sunni currents were also disturbed by the statements of Velayati. Parliamentarian Abdul Karim Abtan, a prominent leader with the Iraqi National Movement, said in a TV interview, “We do not work for Velayati or any other person. … We are Iraqis. Our national project is an Iraqi project. Even if Velayati has power over one or two Iraqis, this power will not last. We will not allow anyone to have influence at the expense of the Iraqis and to intervene in Iraqi affairs.”

In addition to his official meetings with President Fuad Masum and Prime Minister Haider al-Abadi, Velayati met with Shiite leaders close to Iran, such as former Prime Minister Nouri al-Maliki, head of the Wisdom Movement Ammar al-Hakim, head of the Badr Organization Hadi al-Amiri and Sheikh Humam Hamoudi, the head of the Islamic Supreme Council of Iraq.

The choice of the figures Velayati met with indicates that Iran is apprehensive about the state of political disintegration within Iraq's Shiite community, which could have serious post-elections repercussions that would result in the formation of an Iraqi government that is more distant and independent from Iran.

An official in the Iraqi National Dialogue Front, Haidar Nuri Sadeq al-Mulla, told Al-Monitor, “Iran's tools in Iraq can no longer play the Iraqi sectarian card since the Iraqi people have become aware of such maneuvers. Therefore, Iran is trying to mobilize the Iraqi street from abroad so that the elections lead to results in favor of the blocs that still support its agenda.”

Mulla pointed to other similar statements by Rahim Bor Azghadi, a member of the Iranian Supreme Council for the Cultural Revolution. Azghadi had said, “We are intervening in the countries in the region that are close to the United States in order to bring down the ruling regimes in those countries and to be able to control them. There are five countries that are no longer controlled by Washington and currently under the control of Supreme Leader Ayatollah Ali Khamenei.”

Mulla called upon the Iraqi Foreign Ministry to take a clear stance on Iran’s interference in Iraq’s affairs, saying, “Iraq will not be part of the sectarian axis policy that Iran seeks to create in the region.”

"Iraq is not subject to the domination or control of any foreign country," Foreign Ministry spokesman Ahmed Mahjoub said Feb. 22 in response to Azghadi's statements that Iran controls five countries in the region, including Iraq, and that it was Iran (via its agents) that executed Saddam Hussein.

As usual, Velayati failed to meet with top Shiite cleric Ali al-Sistani and other religious authorities during his trip to Najaf, because of the policy of the city’s religious figures not to receive Iranians who make inflammatory statements about Iraqi domestic affairs.

Lebanese Shiite activist Mustafa Fahs said that Velayati, in a statement at the Baghdad conference, called Khamenei “the leader of the Islamic nation,” without any mention of Sistani despite the latter’s major role in the stability of Iraq. Fahs said this is evidence of Iran’s resentment of Sistani.

Velayati also called on the Popular Mobilization Units to stand tall in the face of the American forces in Iraq. “Americans are in the process of creating a NATO base in Iraq with the help of some Islamic countries to prevent unity among Muslims,” Velayati said in his speech. He said Iran will not allow the American plan to see the light; he said the plan aims to block land passage between Tehran, Baghdad, Damascus and Beirut.

During his encounter with Maliki, Velayati said US troops should not be present east of the Euphrates. He added, “The resistance front should not allow NATO to set up a base in western Asia.”

Recently, NATO agreed to carry on with and expand its mission in Iraq to train Iraqi security forces, upon the request of the United States.

Pro-Iran Shiite militias promptly responded. The secretary-general of Harakat Hezbollah al-Nujaba, Sheikh Akram al-Kaabi, said Feb. 21 that his movement is making tremendous efforts “to clean up Iraqi soil of any US presence and terrorist sleeper cells; we have warned against their being under US protection under different names and descriptions.”

Parliamentarian Abdul Bari Zebari, the chairman of the Foreign Relations Committee, criticized Velayati's remarks, saying, “Any remarks that do not come following coordination with the Iraqi government could influence Iraqi public opinion and have negative repercussions — particularly as the election approaches.”

Iran will continue to pressure its proxies in Iraq to set up a strong political alliance against their rivals in order to make sure they win a political majority that would enable them to form a government following the election.