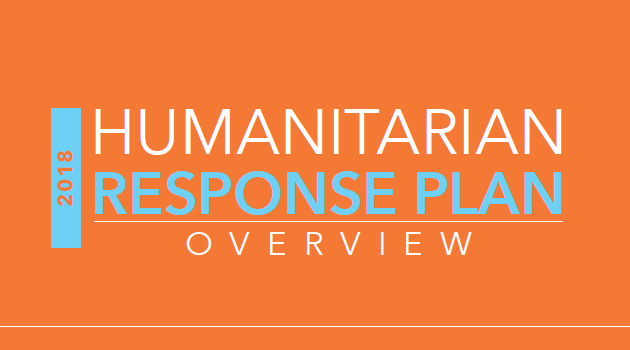 On 6 March, the Government of Iraq as well as the United Nations and its partners launched their 2018 plans for Iraq – the Plan for Relief, Shelter and Stabilization of Displaced People, and the Humanitarian Response Plan.

With the end of large-scale military offensives in late 2017, many families have been returning and are trying to rebuild their lives and homes. As many as two million displaced Iraqis are expected to return in 2018; hence, all efforts must be made to support them in this transition.

This year, approximately, 8.7 million people, nearly half of them children, will require some form of humanitarian assistance.

The Minister of Migration and Displacement said:

“The Government’s Plan for Relief, Shelter and Stabilization of Displaced People aims at strengthening the provision of legal protection to internally displaced persons as well as supporting safe returns.

"The plan focuses on supporting returning families with one-off emergency cash assistance to provide the necessities of life, in addition to supporting some basic projects, and continuing to support displaced families with relief items and maintaining the provision of services in camps.”

Dr. Mahdi Al-Alaq, the Secretary-General of the Iraqi Council of Ministers, referred to Prime Minister Dr. Haider Al-Abadi’s directive on providing an appropriate environment for the return of displaced people through the implementation of stabilization projects in the liberated areas.

This affirmed the government's keenness to return the displaced people voluntarily while ensuring the provision of basic services to people in the areas liberated by Iraq’s Armed Forces from ISIL terrorism.

In 2018, the Humanitarian Community, comprised of UN agencies, national and international NGOs and other partners, is requesting US$569 million through the Humanitarian Response Plan to respond to the needs of 3.4 million of the most vulnerable people in Iraq.

The provision of protection support is paramount. Without such services, families may be unable to return home, or will do so in unsustainable conditions.

“As people return to their areas of origin with a large number of camps in Iraq becoming consolidated or decommissioned during the course of this year, many will need assistance including those who are returning as well as those who are unable to.

"Continued advocacy by the humanitarian community against involuntary or premature returns and strengthening mechanisms with the government authorities for supporting voluntary and safe returns is a key component of the 2018 humanitarian response plan.”

Details of the Humanitarian Response Plans, in Arabic and English, can be found in our Reports Section.