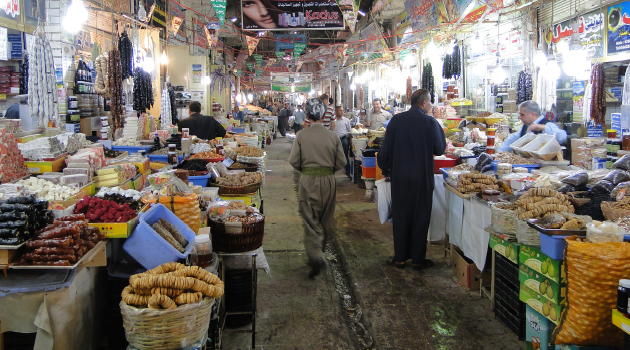 By Editor on 7th March 2018 in Construction & Engineering In Iraq

By Salam Zidane for Al Monitor. Any views expressed here are those of the author, and do not necessarily reflect the views of Iraq Business News.

The Iraqi government sent to parliament a revised version of the 2018 budget bill for the fourth time Feb. 11. The budget proposal includes a new 10% tax on sales at commercial centers, restaurants and barbershops.

Iraq lacks the appropriate environment to collect new taxes because sales are made in cash, not credit cards. This reality will likely impose obstacles on tax collection as both citizens and shop owners can find ways to evade taxes. This is not to mention the influence peddling in the tax collection departments, where some officials could add the taxes to their personal accounts instead of state coffers.

The government's new tax policy comes as a result of Iraq's 2015 agreement for a $5.4 billion loan with the International Monetary Fund.

This deal includes a reform of public finances (including the tax system) to collect 2.3 trillion dinars ($1.8 billion) under the 2018 budget through taxes imposed on telecommunications services, hotels, refreshments, cigarettes and alcohol, among other items.

In an interview with Al-Monitor, Madhar Mohammad Saleh, financial adviser to the prime minister, attributed the government's new taxes to efforts to diversify the economy and end its reliance on oil. Saleh said, "Iraq ranks last in the world in terms of paying taxes — with the amount of tax paid equivalent to only 3% of GDP. Paying taxes is still alien to the Iraqi people."

He added, "Paying taxes is a national duty so that every citizen could contribute to the state budget and these funds could be used for national projects that are of paramount importance to Iraqis, such as hospitals and infrastructure, among other development projects. … The imposed taxes are very low and will not pose any burden to citizens. Politicians need to find solutions to financial problems as the situation in the country is already difficult."

The government began to impose taxes for the first time in the 2015 budget, namely Article 33, on prepaid mobile card and airplane tickets in the wake of the financial crisis that broke out in 2014, which is still ongoing. Those taxes were implemented because of low oil prices and the high cost of the battles against the Islamic State, which swept the north and west of Iraq.

Najiha Abbas, director of the General Tax Authority, said, "The proposed sales tax in the budget of 2018 is not imposed on traders and shop owners but are rather deducted from consumers." Abbas added, "Taxation will help diversify the economy and reduce the rate of the non-oil deficit and therefore make the country less reliant on oil."

The Finance Committee of the Iraqi parliament described the economic measures as "unrealistic and full of confusion."

"Imposing new taxes on the Iraqi people means further impoverishing them as the country’s economy is facing major obstacles in addition to the bad economic decisions that came to the detriment of citizens," parliamentarian Serhan Ahmed told Al-Monitor.

"These taxes will raise the prices of goods and will lead to economic stagnation and citizens are already tied up with loans. The oil funds, loans and grants have already gone to the pocket of the government, which is now seeking more funds through taxes," Ahmed said. He called upon parliament to cancel the article on taxation from the 2018 budget bill.

Shop, hotel and barbershop owners have largely objected to the 10% tax, which will adversely affect their incomes in light of the stagnation that has been gripping the country since 2014.

Selim Khadem, a barbershop owner in Baghdad, told Al-Monitor, "The government does not provide any service of essence to the citizens while it continues to collect billions of dollars from oil every year. Now they want more money, which explains the new taxes. If this system comes into force, I will have to sell my business as I cannot afford that the government shares my profits through sales taxes."

Khadem said, "Usually people pay taxes in exchange for good services provided by their state. In Iraq, however, people buy fake commodities at a very high price and now they will pay taxes."

Abdul Rahman al-Mashhadani, a professor of economics at Iraqi University in Baghdad, agreed with Khadem.

"This is a bad decision by the government. The country is already gripped by an acute financial crisis that has taken its toll on citizens, causing more poverty and unemployment. With these new taxes, the already shaky trust between the people and the government has been strained," Mashhadani told Al-Monitor. He said the new taxation system will serve as fertile ground for the rampant financial and administrative corruption due to the major imbalance in the tax system, stressing that Iraq needs a long-term strategic policy to reform its economy and not short-term palliatives.

The government has been facing many obstacles in collecting taxes, as it has said more than $8 billion a year from custom duties on imported goods have been wasted.