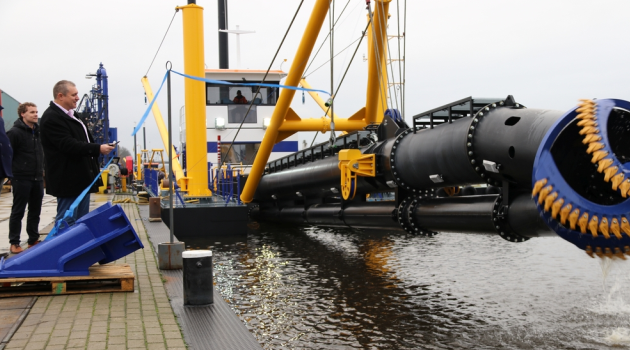 By Editor on 28th March 2018 in Construction & Engineering In Iraq

A customised Damen cutter suction dredger, type CSD500, has been named by her owner, Basra Gateway Terminal (BGT), at the Damen Dredging yard in the Netherlands.

Immediately after the ceremony, the dredger was made ready for transport and towed to Rotterdam, from where it was shipped to Port of Umm Qasr, Iraq. The dredger’s first job will be the port extension for Basra Gataway Terminal.

The blessing ceremony took place the 9th of January, when the stationary dredger received the name Ishtar – which translates as ‘Goddess of Love’.

“We are proud to take delivery of our new cutter suction dredger. We have bought if from stock for short lead times, and have added a number of options, customising the CSD making it the perfect dredger for the job.

"Our choice for this Damen CSD is due to the two separate diesel engines on board, being the main engine for the dredge pump power and the auxiliary for the rest of the duties. We see this as an important efficiency gain.”

The CSD500 will work on the extension project of the Basra Gateway Terminal, at the Port of Umm Qasr, Iraq.

The terminal operator, International Container Terminal Services, Inc. (ICTSI) has started an ambitious port enlargement project. This port expansion has now reached the second phase, starting on deepening of the container terminal using the CSD500 Ishtar. It total some 400 metres of quay wall will be added to the port capacity.

To maximise the production of the dredger, Damen added a spud carriage pontoon and anchor booms. Moreover, a fully equipped accommodation unit was placed under the operating cabin. The cutter ladder was extended for a max dredging depth of -16 metres. To ensure immediate start up on site, the delivery includes a swivel hose as well as 400 metres of floating pipe line.

Damen prepared the suction dredger for transport and arranged towage to Rotterdam. The spud carriage pontoon and the eight containers with the pipe line followed separately. The complete delivery from Rotterdam to Port of Umm Qasr is a good example of a complete turnkey package delivery of fully customised dredger with a minimal lead time. 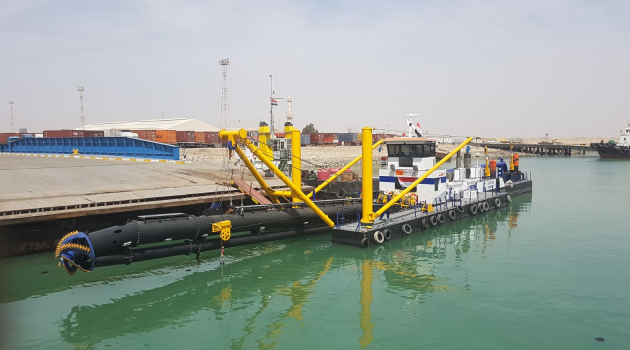 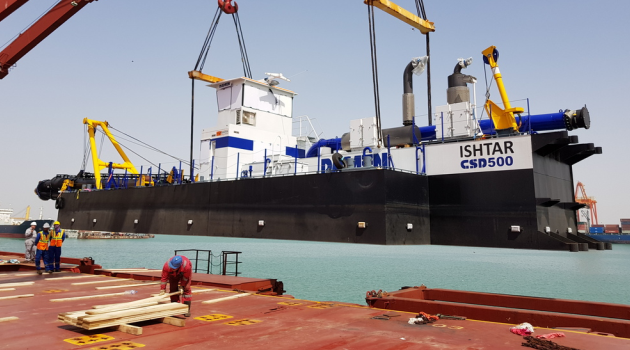