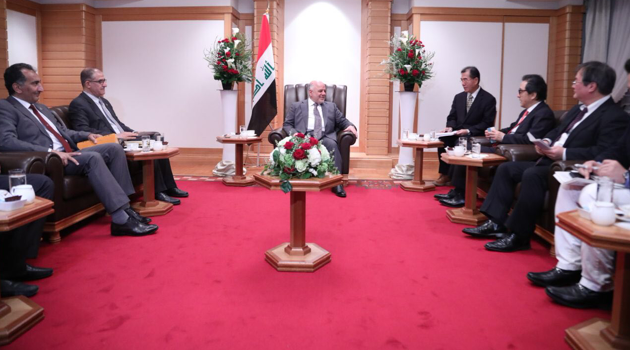 Prime Minister Haider al-Abadi has arrived in Tokyo for discussions with major Japanese industry and government.

He met the CEO of Sumitomo Corporation, Kuniharu Nakamura to discuss future projects in Iraq, including the establishment of factories for car manufacturing in Iraq and providing after-sales services.

He also met Hiroyuki Ishige, Chairman and CEO of the Japan External Trade Organization (JETRO), who said that Japanese companies are keen to invest in Iraq, adding that his organization wants to expand its office in Iraq.