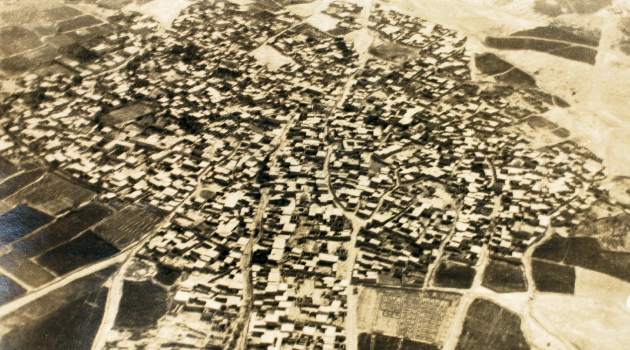 On May 30, the Independent High Electoral Commission of Iraq annulled votes cast at more than 1,000 of the country’s polling stations, including 186 stations in Kirkuk, a city that has faced political unrest among its three social components — Arabs, Kurds and Turkmen — since the elections on May 12.

On the same day, Jan Kubis, the head of the United Nations Assistance Mission for Iraq, talked during a meeting of the United Nations Security Council in New York, where he noted reports of electoral fraud and said that Kirkuk was "one of several hotspots" of tension over the election results, adding that the situation there continues to be “volatile.”

Hundreds of members of the Iraqi Turkmen Front in Kirkuk have staged a sit-in surrounding the warehouses where the governorate ballot boxes are being kept. This has prevented the electoral commission staff from retrieving the ballot boxes despite being accompanied by a counterterrorism force.

According to statements from the commission, the boxes from some polling stations in Kirkuk remain in the warehouses and have not been transferred to the Iraqi capital because of the sit-in, which is headed by parliamentarian Arshad Salhi. “There are armed men among the protesters near the warehouses,” the electoral commission's statement said.

Al-Monitor secured a copy of a May 30 press statement by head of the electoral commission Riad Badran. The statement said, “The Kirkuk Election Office was unable to reach the ballot boxes because of the gathering of some groups affiliated with certain political parties."

There are concerns over the possible breakout of a conflict between different ethnicities in Kirkuk, which is what deputy head of the Turkmen Front in Kirkuk Hassan Toran warned against.

“Not responding to the demands of the Turkmen to manually recount the votes could ignite a crisis in the governorate,” Toran told Al-Monitor.

Toran, who is a member of the current Iraqi parliament, accuses the Patriotic Union of Kurdistan (PUK) — which is led by the two sons of the PUK’s late leader Jalal Talabani, Qubad and Bafel — of “vote-rigging” in Kirkuk.

“President Fuad Masum is defending the false results and using his position for partisan purposes,” Toran said in a jab at Masum, who requested the federal court decide on the annulment of some votes cast.

On May 30, Masum said that annulling some poll results would be “unconstitutional.” Masum’s position came less than 24 hours after the PUK — the president’s party — rejected the proposal of having judges oversee the manual recount of votes.

Kurds indirectly accuse members of the Turkmen Front in Kirkuk, who are protesting against the election results, of “conspiring” against the peaceful coexistence in the governorate. PUK Bloc parliament member Shwan Daoudi went as far as to draw comparisons between this sit-in and the protests in the Anbar province in 2012-13, which were part of a civil conflict from which the Islamic State emerged.

In reference to the Turkmen Front, the PUK — which emerged with six seats in Kirkuk — has accused “political parties and militias” of storming into the warehouses where the ballot boxes are stored in Kirkuk.

“The head of the electoral commission office in Kirkuk handed the keys to the warehouses to the armed militias,” Daoudi said during a press conference May 30.

Arabs in Kirkuk also joined the protests against the election results. Arab political figures there believe the PUK has rigged the vote in the governorate because it seeks the return of peshmerga forces to Kirkuk.

Kirkuk Gov. Rakan al-Jabouri, who belongs to the Arab Coalition that came in second in the governorate after securing three seats in the future parliament, accused the electoral commission of covering up the fraud and vote-rigging in Kirkuk elections.

The Arab group in the Kirkuk Governorate Council warned of a conflict that may elevate the crisis in the governorate to an "unknown" state because of the results of the current elections. All of these serious repercussions indicate that there is a crisis looming in Kirkuk as long as the integrity of the elections remains in question.

“The crisis in Kirkuk is very serious, as it is related to the size of the administrative representation [of the different components] in the governorate. Turkmen believe that their representation rights are being rejected by the Kurds,” Falah Mashaal, the former editor of state-owned al-Sabah newspaper, told Al-Monitor.

“Should the situation remain at a standstill, the crisis could shift down a conflictual path and unprecedented ethnic escalation, leading to an armed conflict that would end the relative calm that has been ongoing in the governorate for years,” he added.

The international dimensions of the dispute only compound the crisis. Turkish President Recep Tayyip Erdogan also has concerns about the election's repercussions, as was evident in his recent contact with the leader of the Sadrist movement, Muqtada al-Sadr, indicating that any potential conflict between Kurds and Turkmen will also include Arabs.