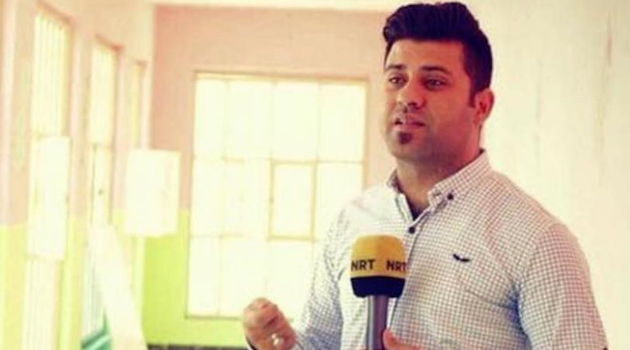 By Editor on 16th June 2018 in Iraqi Communications News, Security

Reporters Without Borders (RSF) has condemned the arrests to which two investigative reporters have been subjected in different parts of Iraq in the past few days in connection with their coverage of corruption, and calls for an end to the harassment of these journalists.

The latest victim was Mostafa Hamed, a reporter based in Fallujah, in the western province of Al Anbar, where he works for the local TV channel Sharqeya. He was arrested at his home at 2 a.m. on 9 June by policemen who did not tell him what he was charged with, and was finally released today without being charged.

According to the information gathered by the Journalistic Freedoms Observatory (JFO), RSF’s partner NGO in Iraq, Hamed had been investigating the involvement of Fallujah city hall leaders in a real estate scandal. Sharqeya is owned by Saad al Bazzaz, a local businessman and political rival of Al Anbar’s governor, who tried to get the TV channel closed last December.

The other recent victim is Hossam al Kaabi (pictured), a reporter based in Najaf, 180 km south of Baghdad, who has repeatedly been harassed in connection with his coverage of an alleged corruption case involving the Najaf provincial airport’s former governing board.

What with money, women and threats, every kind of method has been used in an attempt to silence his reporting on the case, he said. The corruption case is however by no means a secret. He has also been the target of dozens of legal actions. The latest method was an arrest warrant, which resulted in his having to pay the large sum of 15 million dinars (10,745 euros) in bail to obtain his release on 6 June.

The warrant was the result of a complaint filed by Najaf airport’s former administration four days after Kaabi’s main media outlet, the NRT network’s Arabic-language channel, was forced to close for financial reasons. Defended by a consortium of lawyers, Kaabi told RSF he is concerned about the outcome because of the lack of judicial independence in Iraq.

“These two arrest warrants highlight the different kinds of difficulties for journalists in Iraq, which not only include being unjustly prosecuted but also the risk of seeing your work used for the purposes of the political rivalry,” said Sophie Anmuth, the head of RSF’s Middle East desk. “The absurd proceedings against Hossam al Kaabi must be dropped and the authorities must do their duty to protect journalists who are the target of threats.”

As Kaabi points out on Facebook, in theory Iraqi law protects the right of journalists to seek information and sources. But in practice, as JFO has often reported, local officials act with impunity when they use judicial pressure and sometimes death threats to pressure journalists who investigate corruption.