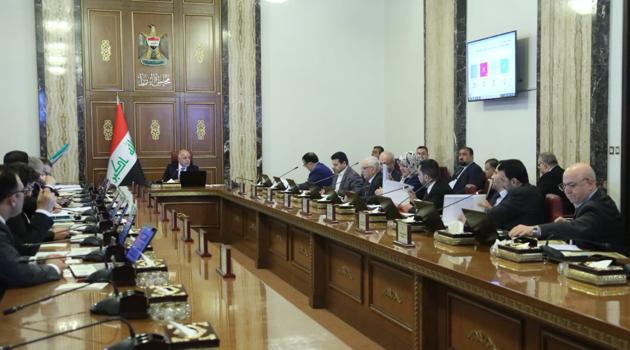 Iraq may soon be Without a Government, as Clock Runs Out

The term of Iraq's current parliament ends June 30, but a mandated manual recount of votes cast in the May 12 election hasn't even begun, and disputes are deepening among some political blocs. This could create a constitutional vacuum, which would worsen an already-bad situation.

Parliament was slated to meet June 27 to vote on a bill to extend its term until the Federal Supreme Court confirms the election results. The court, however, was proactive and issued a decision June 26 rejecting an extension, citing the constitutional mandate that parliament serves four calendar years. The current parliament first convened July 1, 2014.

The court’s decision stated that any legislation passed after July 1 will be unconstitutional and “its consequences shall be null and void.”

The ruling sparked mixed reactions among Iraq’s political forces. Parliament Speaker Salim al-Jabouri and some political parties had supported the extension, and warned of a possible constitutional vacuum. Jabouri failed to secure a seat during the election.

Meanwhile, the winning political blocs, including the Sairoon Alliance headed by Muqtada al-Sadr, which won the largest number of parliament seats, condemned the idea of extending parliament's term. Kurdistan Democratic Party (KDP) member Hoshyar Zebari called the proposed extension "a new trick." Jamal al-Karbouli, head of the Iraq is Our Identity party, said it was an attempted “political coup.”

To speed up the recount process, the Federal Supreme Court decided the review will include only votes from areas where results were contested, whether within Iraq or abroad. The court also approved parliament's vote to dismiss some senior members of the Independent High Electoral Commission and replace them with judges. Adel al-Nouri, the commission's head, said the dismissed members were accused of election tampering.

After a storage unit containing ballot boxes was set on fire in early June, protection measures were tightened at stations where ballots are stored. More than 5,000 members of the police, army and counterterrorism forces have been deployed to 21 such stations across the country.

“All managers of polling stations and offices where there have been complaints are instructed to transfer the ballot boxes and the electronic verification devices to designated locations in Baghdad,” Electoral Commission spokesman Laith Hamza said in a statement.

Skeptics of the election results are trying to get more monitors involved in supervising the recount. Iraqi Vice President Ayad Allawi, who heads the National Coalition, called on the Arab League and judiciary to participate in monitoring.

As the controversy over the vote results escalates, political parties are still discussing how to form a majority bloc that will be entrusted to choose the next Cabinet.

Iraqi Prime Minister Haider al-Abadi, during a June 23 visit to Najaf where he met with Sadr, announced an alliance between his al-Nasr bloc and Sadr’s Sairoon.

In a joint press conference with Abadi, Sadr said, “The alliance between the two sides will lead to formation of a cross-sectarian, technocratic government representing all the Iraqi people.”

He added, “The agreement includes supporting the army, placing all arms and weapons under the control of the state, developing a program to reform the judiciary, activating the role of the general prosecutor to continue combating corruption and holding accountable those accused of corruption,” Sadr added.

He also stressed that foreign forces in Iraq should commit "to not interfere in Iraqi domestic affairs.”

Sadr forged some alliances earlier this month, first with the National Wisdom Movement led by Ammar al-Hakim and Allawi’s National Coalition, followed by another alliance with the Fatah bloc led by Hadi al-Amiri, which comprises several Popular Mobilization Units factions and is close to Iran.

He didn't touch on his previous alliances in the latest announcement with Abadi. This raises the question, is he looking for the best alliance partners for the future government, only to renege on alliances with other forces? Or is he looking for a comprehensive alliance that will bring together the various forces under his electoral list?

Abadi, who would like to keep his position as prime minister, said his alliance with Sadr doesn't conflict with the latter's declared alliances and doesn't mean Sadr is "against other coalitions.” It appears Sadr doesn't oppose forming a comprehensive alliance, as long as the different blocs come under his list, which would lead the Cabinet selection.

As things stand now, it seems that selecting a Cabinet using a comprehensive coalition is a possible option. This would happen shortly after the commission finishes recounting the votes and the federal court confirms the official results. This would spare the country a lengthy constitutional vacuum or an extension of parliament's term.