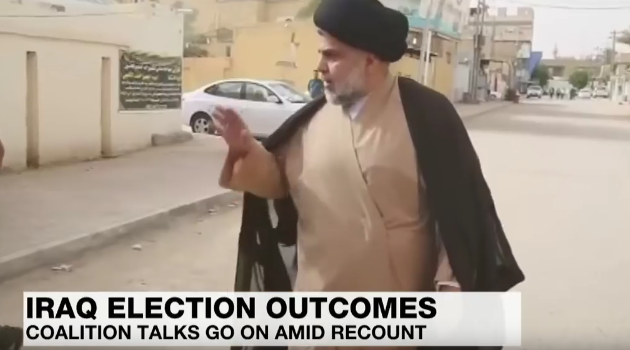 Negotiations are still under way to form a governing coalition in Iraq. No party won a majority during May's national election, and the result is not yet confirmed, because a manual recount was called over allegations of vote rigging.

The parties trying to lead Iraq have major differences in their attitudes towards the United States and Iran.

But the big winner in Iraq's contested election is expected to be Shia leader Muqtada al-Sadr, who confidently expects his party to lead the next government once the revised result has been confirmed by the country's Supreme Court.

Meanwhile, protests, which began in the oil-rich southern city of Basra in early July, have spread to eight Iraqi provinces, leading al-Sadr to call on all the winning lists of Iraq's May 12 parliamentary election to suspend government formation talks until the demands of protesters are met.