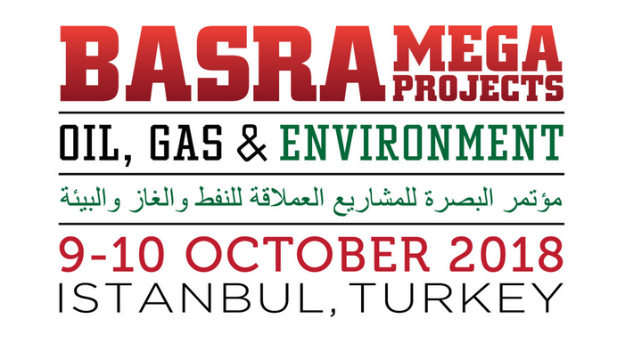 In a show of support for the rebuilding of Iraq, Ambassador Blecau and industry experts will highlight the business opportunities available in the resource-rich South of Iraq with the aim of driving more investment to develop the country’s industrial infrastructure.

The conference takes place under the patronage of Basra’s Governorate, Council and oil company and looks to find solutions to the challenges of Basra’s oil and gas megaprojects and increasing Iraq’s oil and gas production, as well as highlighting the upcoming infrastructure projects for: gas, water, electricity and environment. All the major operators will be participating in discussions including: BP, Shell, Basra Gas Company, LUKOIL, Petronas and Chevron.

Further to these discussions, there will be a strong focus on Iraq’s environment and how to build a legislative framework to tackle Basra’s environmental issues; tackling all types of challenges including the demining projects.

New technology will play a significant role in achieving operational excellence in the execution of Iraq’s projects; whilst Iraq’s new generation of workforce are eager to embrace the technologies, the conference will touch upon the training programmes that are imperative for helping Iraqis compete for job opportunities and increase the role of the Iraqi local workforce in the execution of the latest projects.

Water and desalination projects will be the centre of discussion on the second day of the conference as well as the electricity requirements for such projects and ideas for renewable projects in Iraq.

Gas and petrochemical projects will also be covered by industry experts, which will be instrumental in creating new jobs for Iraqis but raise further questions on how the environment can be preserved during these processes. During the conclusion of the Conference, all the available tenders for the new projects will be outlined.

The interactive networking sessions will be at the centre of the conference with great number of functions including the Gala Dinner at the end of the first day of the Conference. The achievements of individuals in environmental technology projects will also be celebrated at the Environmental Awards Ceremony, which will take place during the Gala Dinner with awards being given out by the Iraqi delegation.

We look forward to seeing everyone at the Intercontinental Istanbul from 9-10 of October. To download the latest programme, please visit www.cwcbasraoilgas.com/brochure-download/.

Distinguished Speakers to include:

The renowned Conference will address opportunities, projects and tenders in each one of these industries through its 2 day Strategic Programme. Attendees can expect the following topics to be discussed: