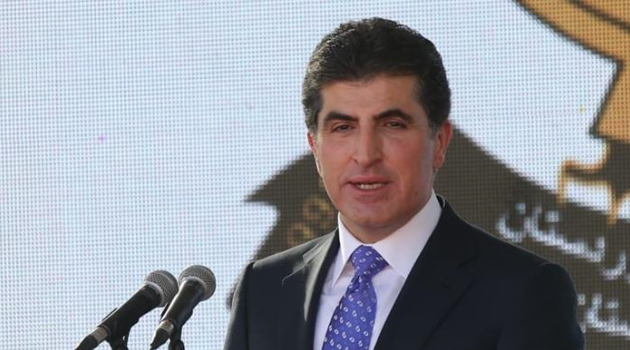 Prime Minister Nechirvan Barzani opened Zakho Tunnel in a ceremony attended by cabinet ministers, members of Parliament, the Republic of Turkey’s Consul General to the Kurdistan Region, and a number of KRG officials.

In a speech during the ceremony, Prime Minister Barzani said:

“Opening of this tunnel on this important international highway that links the Kurdistan Region and Iraq with Turkey is providing a major strategic service. The tunnel is a major development for local citizens and trade between Turkey, the Kurdistan Region, and Iraq.”

The Zakho Tunnel is 3600 meters long costing the Kurdistan Regional Government 143 million dollars. The KRG Ministry of Construction & Housing, Duhok Directorate of Roads and Bridges, and the Limak and Man Group construction companies were involved in completing the project.

“Completion of this project is a major step in the Kurdistan Region that shows we are on the right track moving towards a better future for our citizens. This shows the will and capacity of the KRG to advance and serve the people. This is the mandate of steadfast people of the Region for the KRG to stand tall and not fall.”

Despite the difficult economic situation in the past four years, the KRG exerted great efforts to effectively complete some of the planned strategic projects.