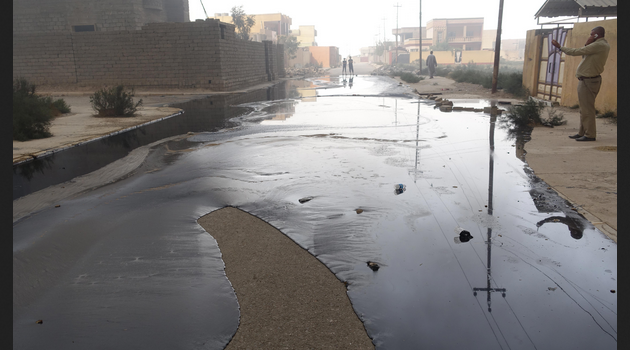 The field has been rehabilitated following its destruction by the Islamic State group (IS, ISIS, ISIL, Daesh).