The Kurdistan Regional Government notes the updates by DNO and Genel Energy on November 1st regarding production increases under the Tawke Production Sharing Contract (PSC).

The KRG is pleased with the efforts of the Tawke PSC Contractors in the Peshkabir area of the Tawke PSC Licence, where production has risen to over 50,000 barrels per day (bpd) within 18 months, exceeding expectations.

The recent boost in production at the Peshkabir area has more than compensated for the natural decline of the main Tawke field area, where production is now down to about 80,000 bpd, from 109,000 bpd in July 2017. Overall production under the Tawke PSC Licence reached 126,000 during October, compared to 114,000 bpd in July 2017. The current average is around 130,000 bpd (click here to view the chart).

The KRG has also recently completed an upgrade of its export pipeline by installing another pumping station at Shaikhan, which boosts capacity of the pipeline from 700,000 bpd to 1 million bpd. This extra capacity will accommodate future production growth from KRG producing fields, and can also be used by the federal government to export the currently stranded oil in Kirkuk and surrounding areas.

The KRG currently exports over 400,000 bpd of crude oil. The KRG’s policy of maintaining consistent and timely payments to its producing oil companies has led to more investment in its oil fields, stabilising production levels and paving the way for further production increases during 2019. 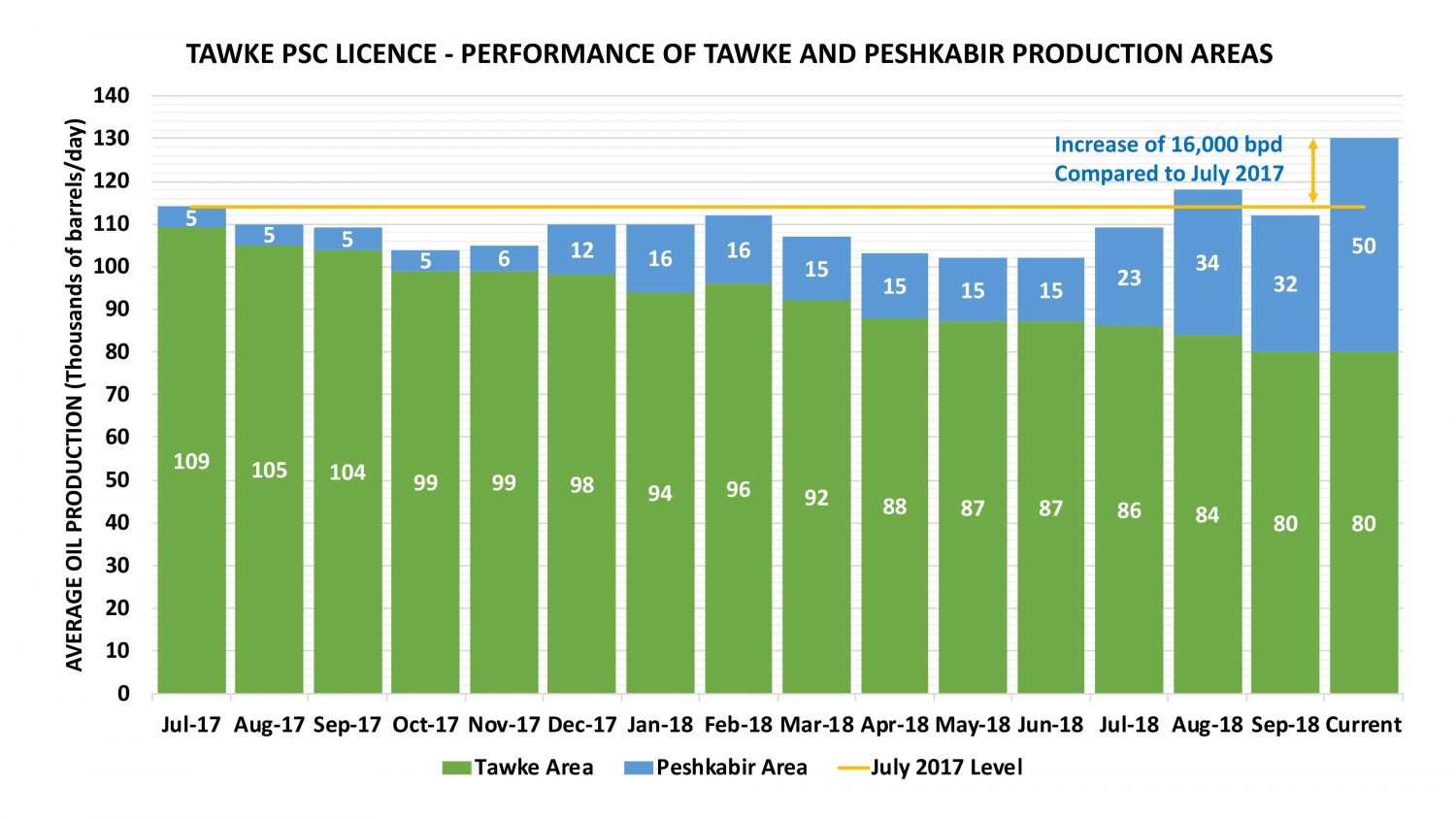