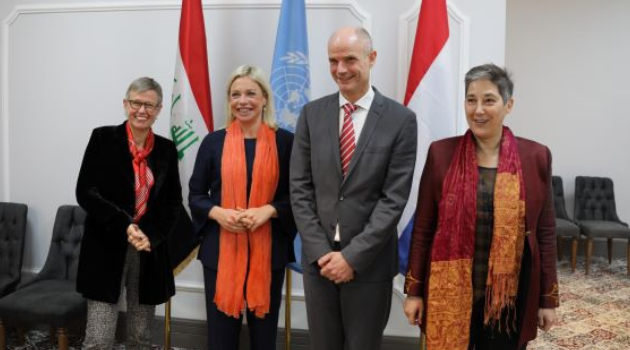 By Editor on 17th December 2018 in Politics, Security

“I am delighted to be here in Baghdad and ready to get down to work. We will continue our efforts in support of Iraq as the country recovers from the fight against terrorism and looks towards a brighter future,” the Special Representative said.

“I count on the support of the experienced staff in UNAMI and the UN family in Iraq, and the continued excellent cooperation of the host country so that together we can deliver on our programmes in the service of Iraq and the Iraqis. It is my intention to make the wellbeing of the Iraqis a top priority, and work towards that goal in the security, humanitarian, political, economic and development fields.”

Ms. Hennis-Plasschaert, of the Netherlands, brings over 20 years of political and diplomatic experience, having served in several high-level Government and parliamentary positions. She was Minister for Defence of the Netherlands (2012-2017).