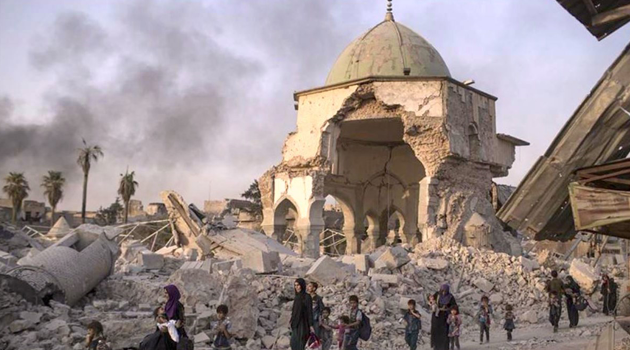 By Editor on 18th December 2018 in Construction & Engineering In Iraq

Iraqi religious leaders have laid the cornerstone to rebuild Mosul's landmark Al-Nouri Grand Mosque, which was blown up in the battle with Daesh terrorists in 2017.

The mosque and its iconic leaning minaret were built in the 12th century.

Iraqi forces defeated the terror group in the last of its urban strongholds last year, recapturing Mosul in a fierce battle that saw the Al-Nouri Mosque destroyed.

Dignitaries from the EU and the UN attended the ceremony in the mosque's courtyard, where Abdulateef al-Humayim, head of Iraq's Sunni endowments, led the proceedings on Sunday, AP reported.

The UAE donated $50.4 million to rebuild the mosque. Construction is expected to take five years.