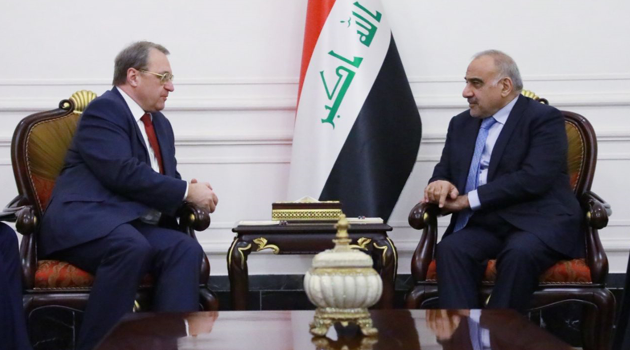 His Excellency Prime Minister expressed his pride in the relations between the two countries and peoples, commending Russia's support for Iraq, confirming Iraq's keenness to expand relations of cooperation in the economic, investment fields and the development of oil and gas fields.

His Excellency praised the Russian role and its balanced relations, which contribute to strengthening security and stability efforts in the region.

They discussed the holding of the next session of the Iraqi-Russian Joint Governmental Committee and the developments in the region.

The meeting was attended by Mr. Yixi Solomatin, Vice President of the Middle East and North Africa Department of the Ministry of Foreign Affairs, Mr. Yuri Shafranik, President of the Russian Federation of Oil and Gas Producers, Mr. Guse Gochetel, Director General of Soyuz Naft Gas, and Maxime Maximov, Russian Ambassador to Iraq.