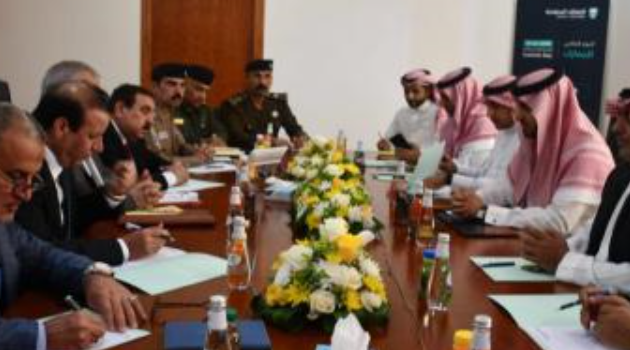 The General Company for Land Transport (GCLT) has held a meeting with its Saudi Arabian counterpart to discuss the opening of the Arar border crossing between the two countries.

According to a statement from Iraq's Ministry of Transport, the participants stressed the importance of the new border facility for commercial trade and religious tourism.

A report this week from Asharq al-Awsat quotes the Chairman of Saudi Arabia's General Customs Authority, Ahmed al-Hakbani, as saying that the new crossing will be equipped with state-of-the-art technology and meet international standards, adding that he expected it to become "the top global crossing in terms of technology."