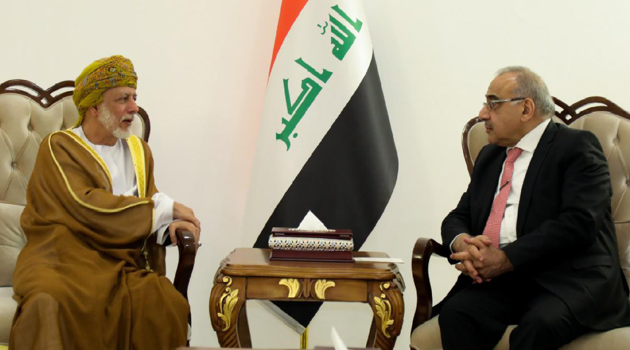 During the meeting they discussed strengthening the relations between the two countries and the opening of air routes, facilitating entering visas, as well as their joint role in maintaining security and stability in the region.

The Prime Minister welcomed the opening of the Omani embassy in Baghdad, which he said will contribute to increasing cooperation between the two countries.