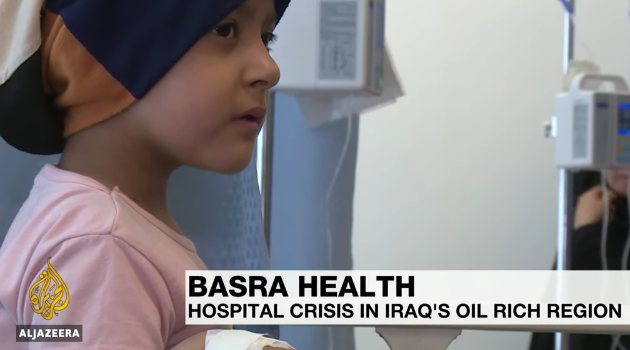 Iraq's vast oil wealth once paid for some of the best health services in the Middle East.

But decades of conflict and political unrest have led to, what the government admits, a crisis in hospitals.

Things are particularly bad in Basra province where people have long complained of government neglect.

Around 70 children are being treated for cancer in Basra Children's Hospital.

Experts say pollution from surrounding oilfields is one of the reasons why Basra has the highest rate of cancer in Iraq.