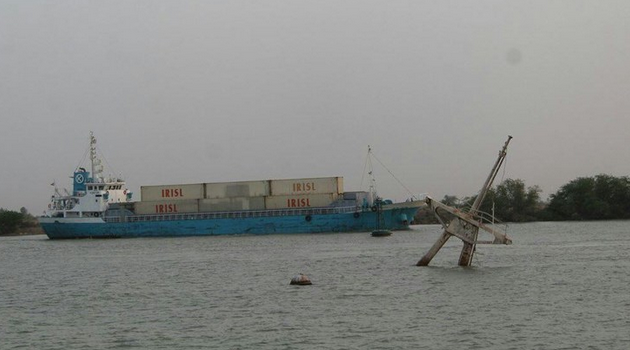 By Editor on 6th July 2019 in Construction & Engineering In Iraq, Iraq Transportation News

Official delegations from Iran and Iraq held the second meeting of a joint commission for coordination on Arvand Rud, a border river flowing in Iran’s southwestern province of Khuzestan.

The Tuesday meeting was held in Tehran within the framework of an agreement signed by the heads of the two states.

The meeting was co-chaired by the Iranian Foreign Ministry’s director general for legal and international affairs and the Iraqi foreign minister’s advisor.

In the gathering, attended by the representatives of various Iranian and Iraqi ministries and organizations, the two sides discussed the general framework of the arrangements for dredging and clean-up of Arvand Rud, and agreed that the joint operational ideas would be submitted to the high-ranking officials of the two countries to be agreed upon and implemented.

Prior to the talks, the interim technical task force on dredging Arvand Rud had held a meeting, during which technical experts from the two countries held negotiations on a timetable for the operations regarding the clean-up of Arvand Rud, according to the Foreign Ministry’s official website.

Back in May, Iranian and Iraqi authorities signed the proceedings of a meeting that had been held to study the technical issues of dredging Arvand Rud.

Tehran and Baghdad have already signed an agreement to resolve disagreements over Arvand Rud based on the 1975 Algiers Accord, which deals with border issues and norms of good neighborliness.