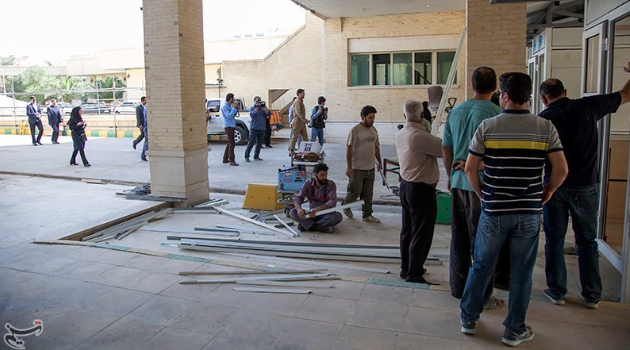 The interior ministers of Iran and Iraq signed an agreement to implement plans to facilitate the Arbaeen pilgrimage to Iraq, including one on reopening the Khosravi border crossing.

Iranian Interior Minister Abdolreza Rahmani Fazli and his Iraqi counterpart Yassin Al Yasiri met in Tehran on Saturday and signed a memorandum of understanding to facilitate the Arbaeen pilgrimage to Iraq by Iranian travelers.

Based on the MoU, the two sides agreed to reopen the Khosravi border crossing and remove visa restrictions for pilgrims planning to visit Iraq for the Arbaeen ritual ceremony.

Iran and Iraq also agreed to raise the level of services and facilities for the pilgrims and enhance border security during the Arbaeen season, which will culminate in a large gathering in Karbala on October 19.

Arbaeen, one of the largest religious gatherings in the world, comes 40 days after Ashura, the martyrdom anniversary of the third Shiite Imam.

Each year, a huge crowd of Shiites flock to the Iraqi city of Karbala, where the holy shrine of Imam Hussein (AS) is located, to perform mourning rites.