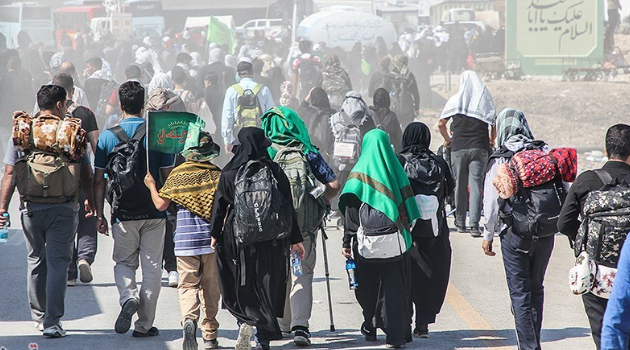 By Editor on 15th October 2019 in Iraq Transportation News, Leisure and Tourism in Iraq

More than three million Iranians have registered to visit the holy cities of Iraq during the Arbaeen season, which marks the 40th day after the martyrdom anniversary of Imam Hussein (AS), the third Shiite Imam, a senior official said on Saturday.

Amir Moradi, the executive manager of a task force charged with handling the Arbaeen pilgrimage, said by 8:30 on Saturday morning, the number of people who have registered at the Samah website, has surpassed three million.

The Samah website has been launched by Iran’s Hajj and Pilgrimage Organization to facilitate sending pilgrims to Iraq’s holy sites during the Arbaeen season.

Moradi pointed to the Iranian provinces that account for the largest number of people registered to go on the pilgrimage to Iraq, and said Tehran, with 500,118 names registered, is on the top of the list.

This year, the four borders of Khosravi, Mehran, Chazzabeh, and Shalamcheh are open to the Arbaeen pilgrims.

Arbaeen, one of the largest religious gatherings in the world, comes 40 days after Ashura, the martyrdom anniversary of the third Shiite Imam.

Each year, a huge crowd of Shiites flock to the Iraqi city of Karbala, where the holy shrine of Imam Hussein (AS) is located, to perform mourning rites.

In August, Iran and Iraq signed an agreement in Tehran to reopen the Khosravi border crossing and remove visa restrictions for Iranian Arbaeen pilgrims.

Iran and Iraq also agreed to raise the level of services and facilities for the pilgrims and enhance border security during the Arbaeen season, which will culminate in a large gathering in Karbala on October 19.