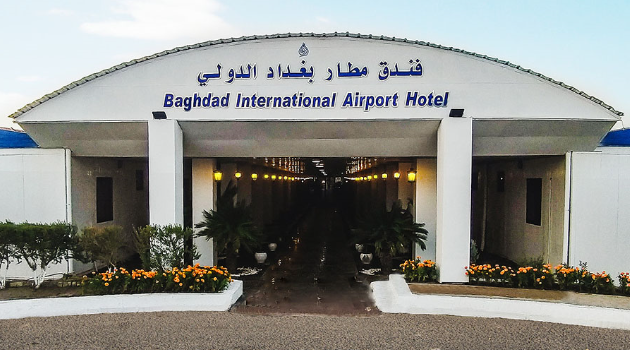 By Editor on 18th November 2019 in Iraq Industry & Trade News, Leisure and Tourism in Iraq

Al-Burhan Group has taken over the management of Baghdad International Airport Hotel in a joint partnership with the Iraqi Civil Aviation Authority (ICAA).

The hotel consists of 100 rooms, a fitness centre with sauna and steam room, the hotel also benefits from having a conference Centre, meeting rooms, exhibition space, large landscaped gardens and ample parking. The hotel has been operating for over a decade.

The hotel is in need of major refurbishment works both externally and internally, as well as to its structure. Al-Burhan Group started these works immediately on its managerial takeover on the 13th of October.

Al-Burhan Group plans to make the Baghdad International Airport Hotel a leading hotel within the airport in conjunction with its current facility the Al-Burhan Centre, located just a few minutes away the hotel will primarily house transit passengers, guests of government visiting Baghdad, and we hope in the near future, tourists. The airport will also be used for airlines at positioning overnight crews in Baghdad for their onward flights.

Speaking at a directors meeting, the Managing Director of ABG Mr. Imad Burhan expressed his pleasure in undertaking this new venture and of being given the opportunity to be able to make a positive change to the surroundings of Baghdad International Airport, thus confirming its position as a reliable leader in the hospitality sector.