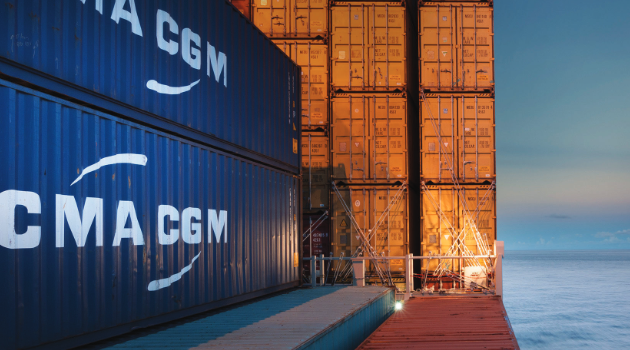 By Editor on 30th March 2020 in Iraq Transportation News

French container transportation and shipping company CMA CGM, has announced the first closing of its agreement with China Merchants Port (CMP), with the sale of its stakes in eight port terminals to Terminal Link. Among the facilities involved is the Umm Qasr Terminal in Iraq.

In line with the terms and conditions of the agreement announced on 20th December 2019 this first transaction represents a total all-cash consideration of USD 815 million. It will enable Terminal Link to expand its geographic footprint and global network, thereby enhancing its business development prospects.

The sale of the last two terminals covered by the agreement between CMA CGM and CMP should be completed by the end of first-half 2020 for an all-cash consideration over USD 150 million, pending approval by the competent regulatory agencies.

With this transaction, CMA CGM is proceeding with the delivery of its USD 2.1 billion liquidity plan announced on 25th November 2019. This plan among others reduces CMA CGM consolidated debt by more than USD 1.3 billion by the end of first-half 2020 and allows to extend certain financing facilities maturing during the year.

The CMA CGM Group strengthens its balance sheet amidst the high uncertainty created by the global Covid-19 health crisis. While the crisis has had a limited impact in the first quarter of 2020, the Group expects a decline in volumes, particularly outbound to Europe and the United States.

On this occasion, Rodolphe Saadé, Chairman and Chief Executive Officer of the CMA CGM Group, states:

"This transaction, announced on the 20th of December 2019, is an important step in its 2.1 billion USD liquidity plan and will allow us to strengthen our balance sheet. Amid the high uncertainty created by the COVID-19 health crisis, the closing of this transaction as previously announced demonstrates the resilience of the CMA CGM Group."