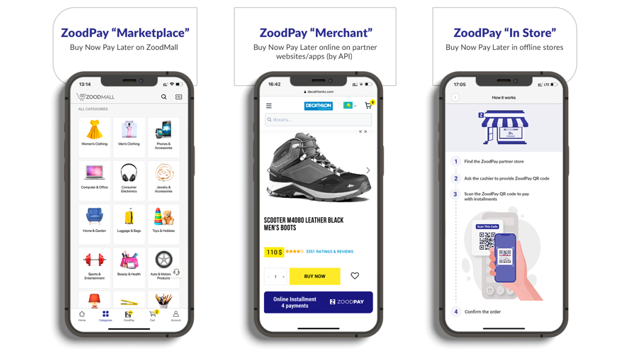 ZoodPay, the "Buy Now Pay Later" (BNPL) app, has announced that it has successfully completed a $38-million Series B fundraising.

Headquartered in Switzerland, the ZoodPay & ZoodMall app has already more than 8 million users and ten offices across the Middle East and Central Asia. The business commits to delivering "Swiss quality" shopping experience and cross-border services to merchants and shoppers across fast-growing fintech and e-commerce emerging markets such as Iraq, Jordan, Lebanon, Uzbekistan and Kazakhstan.

ZoodPay will utilize the Series B funding to accelerate its growth and expansion in Iraq, stimulating local and cross-border e-commerce transactions through its marketplace and 'Buy Now Pay Later' solutions.

The company says it is contributing to socio-economic development, creating jobs across its market footprint and beyond.

In Iraq, the company has an established presence in Erbil and is now expanding to Baghdad, recruiting more than 100 employees to support its growth plans.

For the first time in Iraq, customers have the flexibility of paying in 4 or 6 installments without any interest or fees. This will apply to hundreds of thousands of products, both local and cross-border, from UAE, Turkey, China and other countries.

"This new funding will add value to both customers and sellers across our geographies. We're improving people's lives by offering the underbanked population the most convenient instant online and offline instalment payment solutions for their shopping experience.

"For the first time in Iraq, shoppers will have the opportunity to shop now and pay later on ZoodMall, in offline shops, or on merchants' online stores in Iraq and regionally. We would like to thank our investors and local partners for their trust and confidence, and we look forward to taking the ZoodPay Super App ecosystem to new heights."