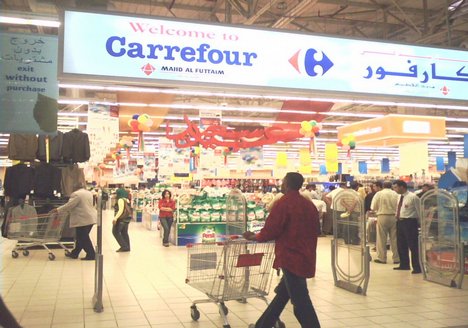 By GavinJones on 19th April 2010 in Iraq Industry & Trade News

The United Arab Emirates company, with a licence to operate the Carrefour franchise in the Middle East, is opening its first store in Iraq in September as part of a wider expansion plan in the region.

Renowned French hypermarket chain Carrefour will open its first Iraq store by the end of 2010 in Kurdistan Region with a license from the United Arab Emirates franchise, announced a source from Darin Company in Erbil.

"For the last eight months, we have been in contact with Carrefour about opening a store in Kurdistan Region; finally, they have agreed to do so," said a senior executive from Erbil-based Darin Company to "The Kurdish Globe." The company official spoke on condition of anonymity because he was not allowed to make media statements regarding the yet unannounced move by the French hypermarket chain.

Iraq's first Carrefour store will be located at the Family Fun Mall, a prestigious shopping and entertainment complex soon to open in Erbil.

Once it is open in September of this year, Family Fun Mall will have around 350 stores (including many global fashion brands debuting in Iraq for the first time), an ice rink, a cinema complex, bowling alley, and other facilities.