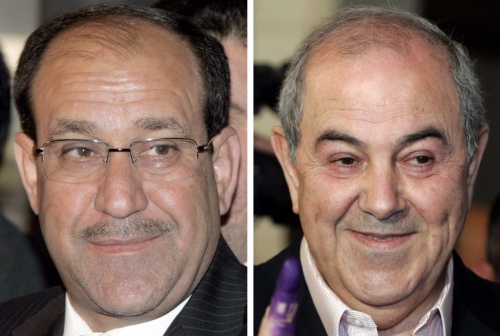 The two biggest Shia political groups have announced they are to form a coalition.

Incumbent Prime Minister Nouri Maliki's State of Law, and the Iraqi National Alliance, would together be just four seats short of a majority. The difficult question of who would be Prime Minister is still to be decided.

The announcement comes as the re-counting of votes in the Baghdad district continues.