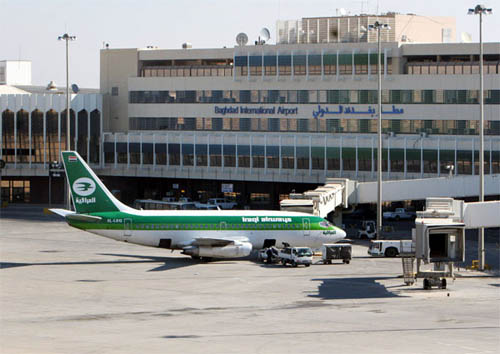 By GavinJones on 9th May 2010 in Iraq Transportation News

A British court released the head of Iraqi Airways on Thursday and allowed him to return home, the Iraqi transport ministry said in the latest twist in a legal nightmare for the airline.

Kifah Hassan Jabbar had his passport seized and the plane he arrived on impounded at London's Gatwick Airport on April 25 as a dispute with Kuwait Airways marred Iraqi Airways' first commercial flight from Baghdad to London in 20 years.

It said the court ruling was greeted by "angry shouts" from Kuwaitis attending the hearing, who "expressed their discontent and dissatisfaction with the decision".

Kuwait Airways claims that Iraqi Airways owes it 1.2 billion dollars, a dispute dating back to Saddam Hussein's invasion of Kuwait in 1990.

According to the oil-rich emirate, 10 of its planes as well as aircraft parts were plundered after its airport was seized during the invasion.

One Response to Iraqi Airways Chief Released by British Court