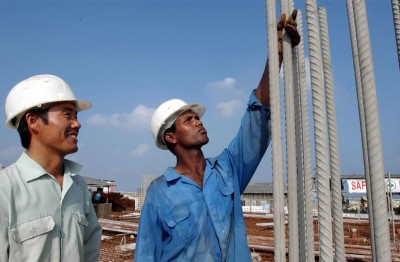 By GavinJones on 17th May 2010 in Construction & Engineering In Iraq

Indian labourers who had been using the UAE as a gateway to enter Iraq can now get to that country directly, following the Indian Government's move to lift a ban on recruitment of Indians to work in Iraq.

Indians can now legally travel to Iraq for work or anything else as the Ministry of Overseas Indian Affairs has notified that clearance will be granted as per the recommendation of the Ministry of External Affairs.

This will now open up a huge labour market for Indians, particularly in the construction and logistics industries. Even when the ban was in effect, at least 50,000 Indians had been working in Iraq, having entered the country through Kuwait or the UAE, according to unconfirmed reports.

The ban was imposed in 2004 in view of the deteriorating situation in Iraq and was based on the recommendation of the Ministry of External Affairs. Initially, the ban was for six months and then was extended from time to time. The extended period of the ban was valid up to April 30, 2010. Based on the recommendation of the ministry's Gulf division, it has been decided not to extend the ban beyond April 30, the notification said.

The ministry will issue a non-binding travel advisory for Indian citizens that travelling individuals or groups should be careful about their safety and security while visiting Iraq.

Indian companies such as Bhel and Tata Motors, which have already been approved by the ministry to work in Iraq, should be enabled to visit Iraq at time convenient to them, the notification further said. The situation in Iraq will remain under the ministry's observation and a review of the situation shall be made in December 2010 as and when required.

2 Responses to Ban on Recruitment of Indians for Iraq Lifted