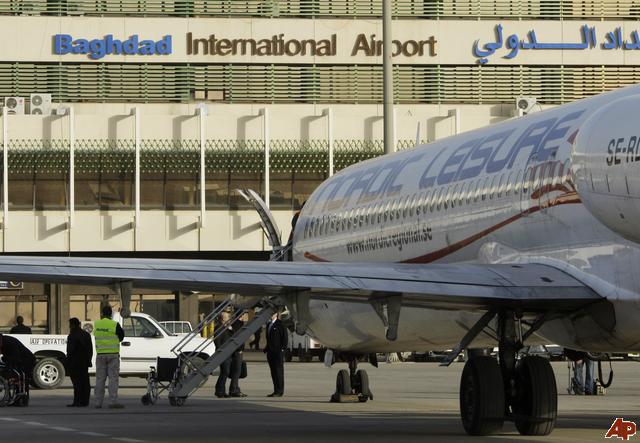 By GavinJones on 31st May 2010 in Construction & Engineering In Iraq, Iraq Transportation News

As markets continue to saturate in the region, Iraq emerges as a new destination for investors in the hospitality and aviation sectors, eagerly searching for new territories to conquer.

This weekend alone saw two major announcements with Abu Dhabi-based Rotana Hotels and Resorts poised to build a luxury property in Baghdad by 2012, while German carrier Lufthansa announced plans to jet into the Iraqi capital from September.

And even though the state-owned Iraqi Airways' bankruptcy declaration on Thursday could prove to be a setback for Iraq, the country's first private carrier, Alnaser Airlines, continues to forge ahead with its expansion plans after launching flights to Dubai earlier this month.

Earlier, Emirates Business had reported that Iraq's hospitality sector alone was expected to see an influx of $145 billion (Dh532.1bn) over the next fives years, with an estimated 22 per cent of that investment originating from the UAE.

"NIC plans to draw $500bn into Iraq over the next five years, with 29 per cent of that attributed to the hospitality industry alone," said NIC's Dr Ayser Fahd, Manager, Economic Department. "We expect foreign investment from the UAE to account for nearly 22 per cent in this sector."

Rotana, along with Marriott and Kempinski, are just some of the high-profile brands that have signed up or in the process of expanding their properties into Iraq.

While Rotana and Kempinski have already broken ground for four and five-star properties in Kurdistan - with the former hotel opening this summer - Marriott's entry is also on the cards, which Fahd confirmed, adding: "We have already processed the paperwork for Marriott International. I'm sure an announcement should follow soon."

Talking about their expansion into Iraq, Rotana's President and CEO Selim El Zyr told the paper earlier: "The opportunity arose when we were approached to manage two new five-star projects, one in the city of Erbil, located in the Iraqi Kurdistan region and the other in Baghdad, located within the International Green Zone, which is the heavily guarded diplomatic/government area in central Baghdad.

"Based on our research and market study, we believed that these markets were emerging and saw them as an opportunity."

The group's 205-roomed Erbil Rotana, in partnership with Lebanon's Malia group, is set to open in the first quarter of 2010, said El Zyr.

The 250-room five-star Baghdad property is scheduled for an early 2012 opening, in partnership with Summit Hotel Limited.

The project, called The Range, is expected to be completed in 2013.

Turkey-based Divan Hotels, which also recently announced plans to open a $90m five-star hotel in Northern Iraq in the first half of 2011.

Chairman Sarp Turanlıgil said: "We believe that an international-standard chain hotel such as Divan Erbil will meet an unserved need in this market and for that reason we resolved to make this investment."

Deutsche Lufthansa, Europe's second-biggest carrier's announcement this weekend to restart regular services to Baghdad makes is the first for a western European and US carrier to resume flights to the capital.

Turkish Airlines became the first carrier in Europe to resume Baghdad flights in October 2008. The airline is offering one daily connection, according to its website. Bahrain-based Gulf Air began serving the Iraqi capital in September 2009, while Abu Dhabi's Etihad Airways followed last month.

Etihad also announced earlier it would launch services to Erbil from Tuesday, subject to government and regulatory approvals.

James Hogan, Etihad Airways Chief Executive, said: "We expect to see strong demand on these routes, particularly from government and business travellers, as well as people from Iraq visiting family and friends around the world.

"We launched a cargo operation to Baghdad in September 2009, and have recently commenced additional cargo flights to Erbil, which we expect will perform well for Etihad."

Meanwhile, Erbil could be served by nearly 30 international airlines by year's end according to media reports, with flydubai and Qatar Airways, each portraying interest in Iraq's Kurdistan region.

"Iraq is definitely on our radar. We've been there a few times," Fly Dubai's CEO told The Associated Press in an interview.

Meanwhile, Alnaser Airlines, Iraq's first private airline established in 2009, started its daily flights from Dubai to Iraq earlier this month. The flights are running to their full capacity of 140 passengers.

The airline, owned by an Iraqi national, Shaikh Hussain Al Khawam, has started a joined venture with the US-owned FK Gryphon Airlines, which in 2008 started commercial operations in Iraq and Kuwait.

One Response to Iraq ...... a New Aviation and Hospitality Destination